20 Dog Breeds That No Longer Exist

Ever heard of the Paisley Terrier or St John’s Water Dog?

Most animals die out for environmental reasons. Unfortunately, dogs seem to be disappearing for other reasons, especially when they don’t match the function or fashion of the day.

Some are mixed breeds or die from genetic disorders or predators, but when a breed is gone it’s really gone.

Here’s a look back at the races from ancient times to modern times that tragically failed to stand the test of time.

The Canadian breed, often compared to a coyote, died out in the 19th century. Photo by Historica Graphica Collection / Heritage Images / Getty Images

Also known as “Trap Line Dogs”, this Canadian breed became extinct in the 19th century. Often compared to a coyote for its agility and talent for hunting, the number of dogs eventually declined as Aboriginal hunting methods became less popular. 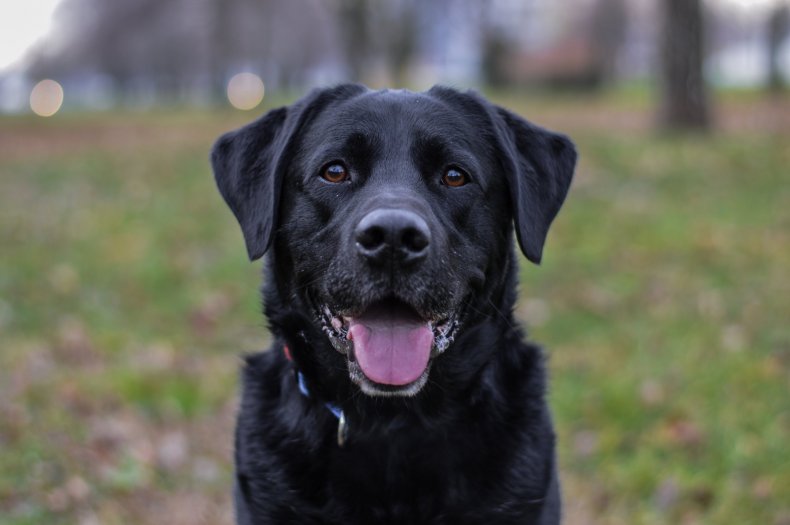 St. John’s Water Dogas are the little-known ancestors of modern retrievers, including the Golden Retriever and Labrador Retriever.

Due to severe restrictions and taxes on dog ownership in New Foundland in the 19th century, the breed quickly declined. The last pair existed in the 1980s but were both male, thus ending the breed. 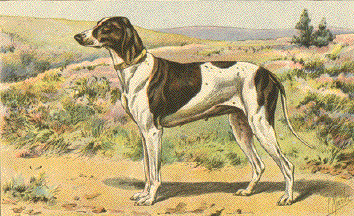 It is believed that this breed of French hunting dogs got its name from two brothers who went by the surname “Dupuy” or “Du Puy”.

The breed was not as popular as other French braques and became extinct in the 1970s due to excessive crossing.

The Cordoba was a cross of several dogs – the bull terrier, the English mastiff, the boxer, and the bulldog.

Famous for its willingness to fight to the death, the breed became extinct in the mid-20th century. 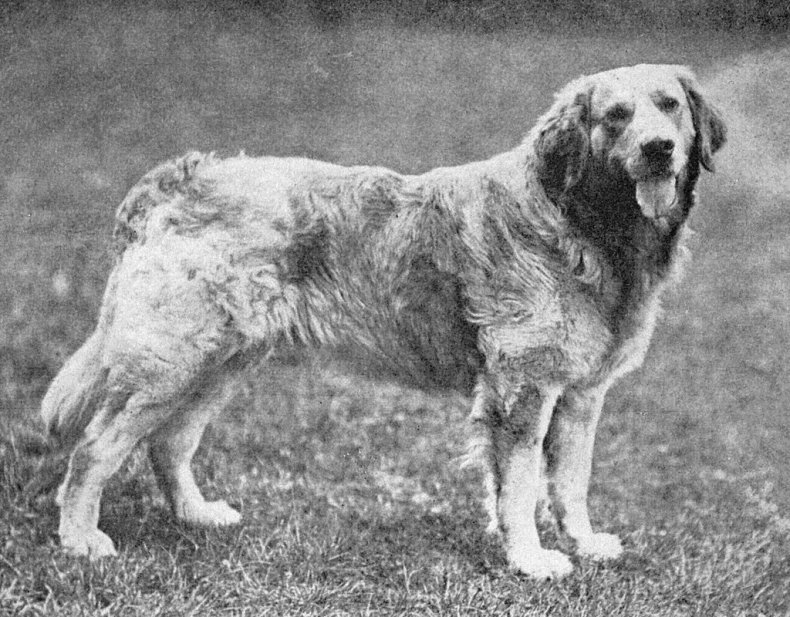 From “Dogs of All Nations” by WE Mason 1915, public domain, via Wikimedia Commons

Also known as the Russian Retriever, this giant dog measures around 30 inches at the shoulder and can weigh up to 100 pounds.

The breed disappeared in the 19th century, although the exact cause of the extinction is unknown.

The canines had thick fur and sharp teeth, but died out when they were relocated from Antarctica in 1994.

This breed was last seen sometime in the 1980s.

Although it was developed by the Russian government and the Navy in the hope of creating an optimal rescue dog, it failed to survive in the long term.

This British hunting dog, the ancestor of the favorite beagle and bloodhound breeds, was popular during the Middle Ages.

It was small to medium in size and colored white but required constant maintenance and served no purpose, which led to its demise. 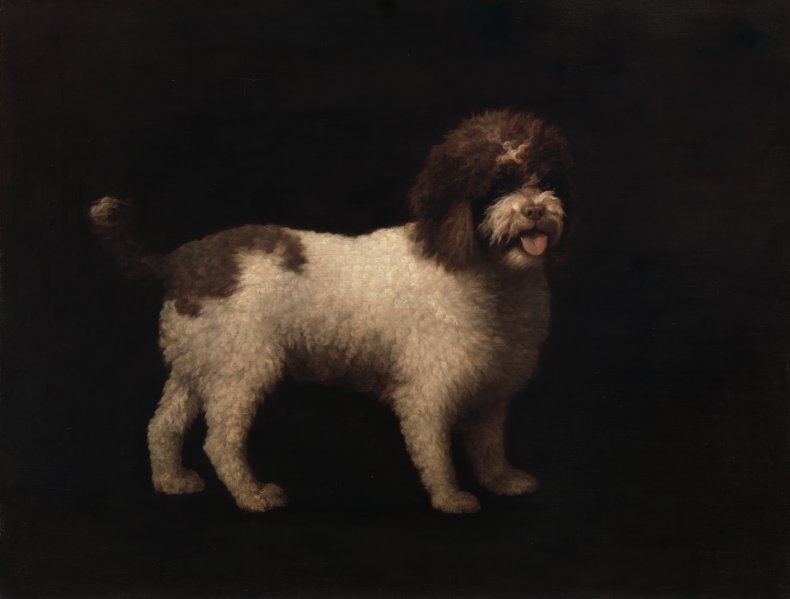 With a slender and long-legged body, the English water spaniel was widely used for hunting ducks and waterfowl.

Mentioned in two works by William Shakespeare, their notoriety did not last long. The breed became extinct in the early 20th century as St. John’s Water Dogs were preferred imported from Newfoundland as hunting companions.

10. Cotton of the reunions 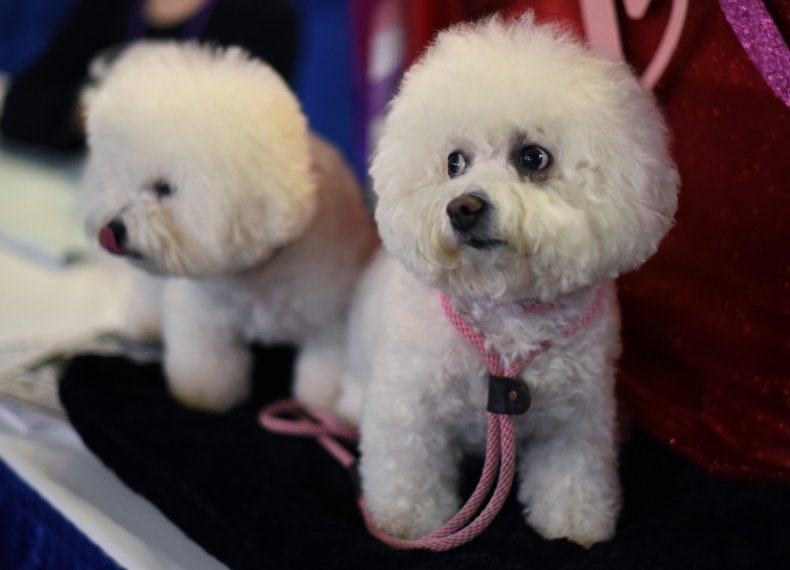 The Coton de Reunions were the ancestors of the popular Bichon style dogs.

These dogs are believed to be of the Bichon type and originate from the small African island of Reunion. They were brought to the island from France or the Canary Islands.

Reunion lost much of its commercial standing when the Suez Canal opened in 1869, which caused the breed to fade. 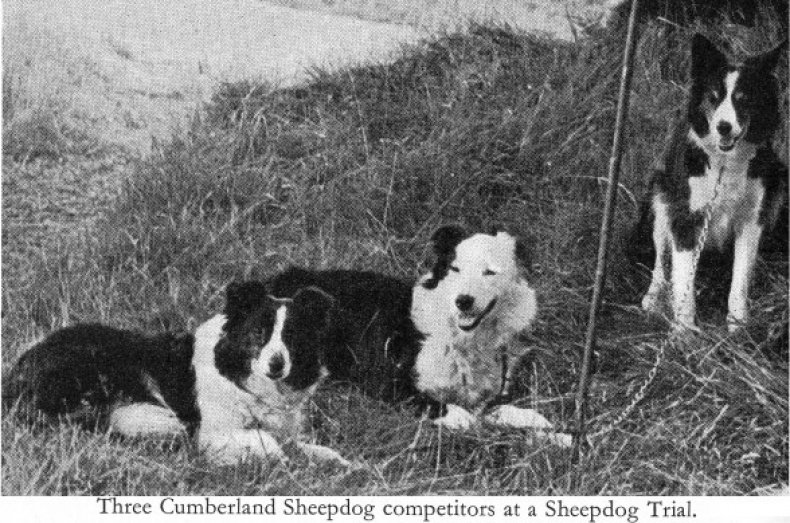 This breed of dog is similar in appearance to the Border Collie and comes from northern England.

Once a popular German Shepherd, there are no records of the Cumberland Sheepdog after the early 19th century. Instead, the breed turned into the Border Collie. 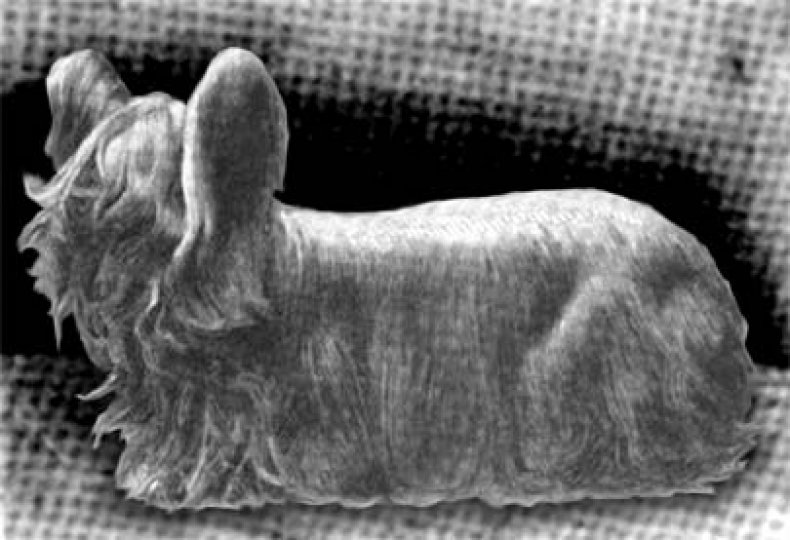 With a long, silky coat, the paisley terrier was bred to be a companion and show dog.

The breed’s popularity declined drastically towards the end of the 19th century, as dog show judges favored the Yorkshire Terrier and Skye Terrier. 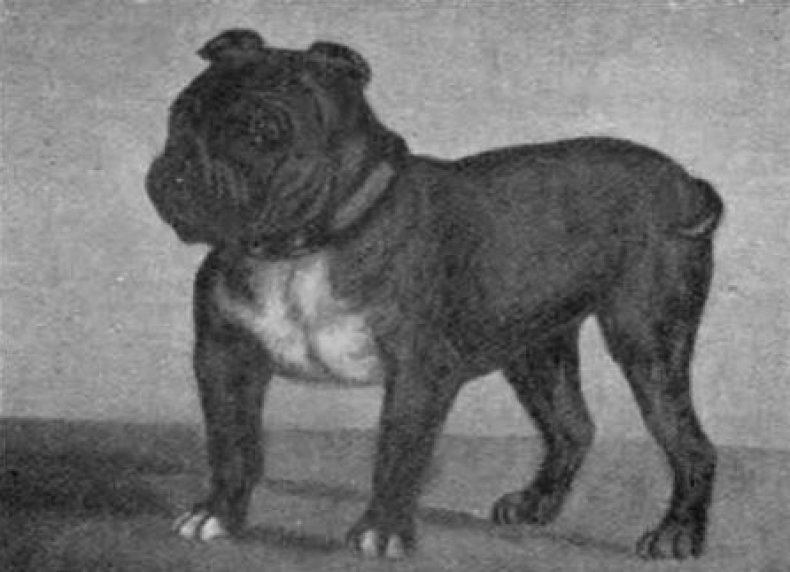 A breed that existed in England in the 18th and early 19th centuries is trying to develop this dog after it has proven unsuccessful. Although bulldogs sometimes produce dwarf-sized offspring, they tend to suffer from health and fertility problems.

The Molossus, one of the oldest breeds on this list, is believed to have existed in ancient Greek times. Since little information is preserved, it is difficult to determine what dogs look like and function.

However, the breed was instrumental in the development of the Pitbull, Rottweiler, and Great Dane, to name a few.

These dogs have a rich history as they were brought to New Zealand by Polynesians in canoes in the 13th century.

The small, long-haired dogs are believed to have died out due to crossbreeding with dogs brought by Europeans in the early 19th century. 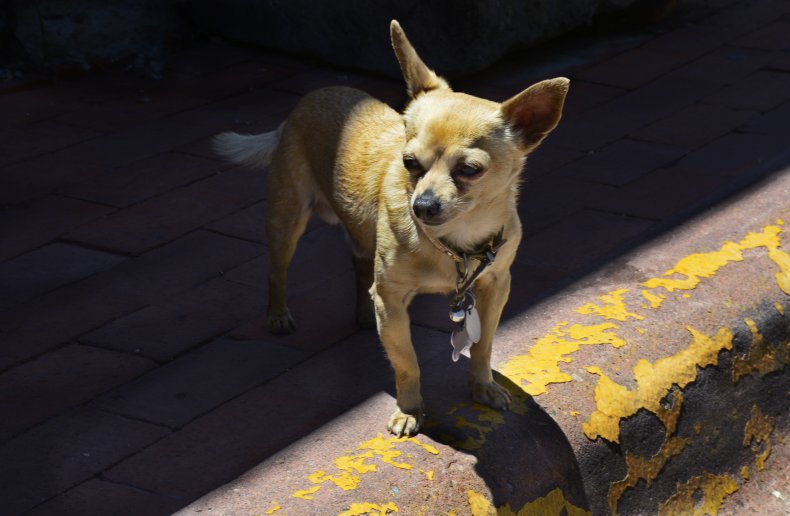 Techichi are the ancestors of the popular modern breed, the Chihuahua
Robert Alexander / Getty

Similar to the Chihuahua, these small, mute dogs were native to Mexico in the 9th century AD. Their breeders, the Toltecs, believed the dogs possessed supernatural powers and often sacrificed them so that they could lead their deceased owner into the underworld.

Taken as a spiritual protector of children and a source of food by native Hawaiians, these useful dogs became extinct in the early 20th century.

European settlers brought wild dogs with them, which unfortunately mingled with the poi dogs. 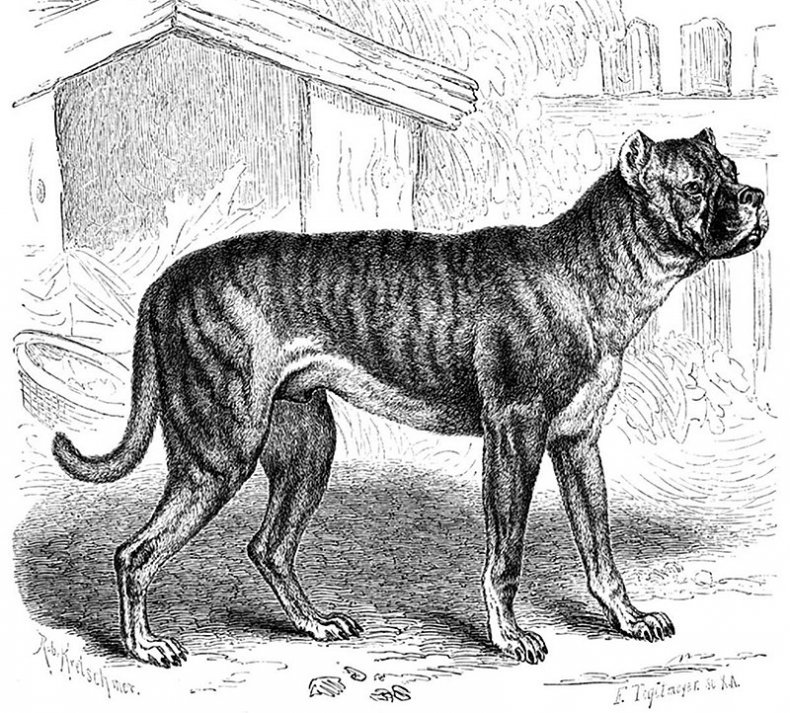 The Bullenbeisser, based in Germany and its neighboring countries, specializes in bull bait and boar hunting.

Crossbreeding made the breed extinct, although its legacy remained in the Boxer, one of the most popular dog breeds in the world. 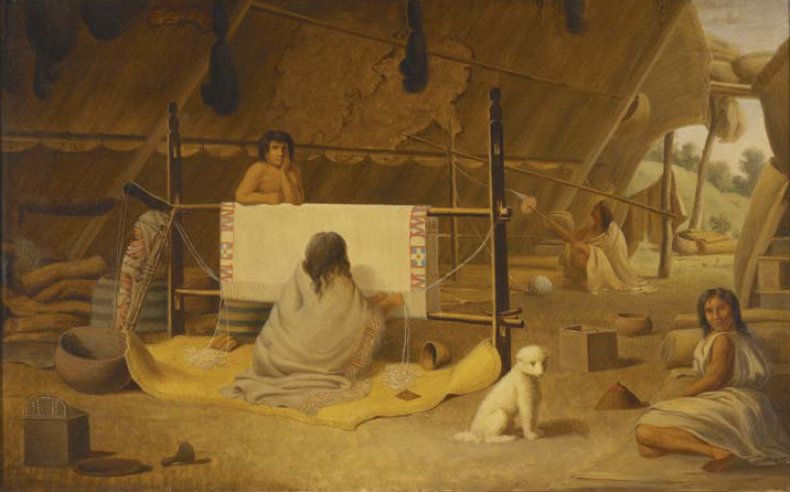 The dog depicted in A Salish Wool Dog from this 19th century painting by Paul Kane is believed to be a Salish Wool.
Paul Kane, public domain, via Wikimedia Commons

These dogs were valued for their white, long-haired coats and were kept by the Salish peoples of what is now Washington state and British Columbia.

These dogs were kept in packs of about 12 to 20 animals on islands and in closed caves and sheared like sheep.

Considered the largest breed of dog in England in the early 19th century, these dogs are descended from the Molossian breed of dogs.

The breed, believed to have died out in 1815 due to crossbreeding with other large European mountain dogs, formed the basis for St. Bernards and Mastiffs.

Little girl gets a puppy as surprise birthday gift. Her reaction is now a viral video