A pet American Staffordshire terrier was confiscated by council officials after attacking a dog and one of its owners who tried to intervene in west Sydney yesterday.

Mr Aggio said his wife Tina was also injured in the attack and sustained injuries to her left hand and arms. 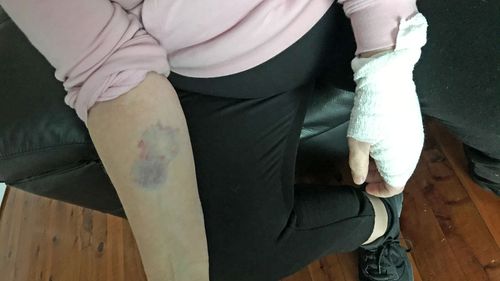 Dog owner Tina Aggio was also injured in the attack. (included)The incident only came hours after another pet the American Staffordshire Terrier mutilated and killed a five-week-old boy on the Central Coast of NSW.

Mr Aggio said the attack on his dog Peaches happened out of the blue while he and his wife were walking with it.

The American Staffordshire Terrier managed to escape its harness and ran across the street before the owner could stop it, Mr Aggio said. 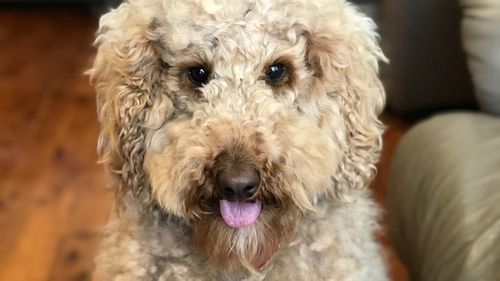 “I heard the owner scream, ‘Look out,’ and I saw this big dog running straight across the street towards us,” he said.

“Everything happened so fast. I tried to pick up our dog but it was too late. The big dog had now clung to her.

“I tried to wring it out. I kicked and punched and I had my thumbs in his eyeballs. But it didn’t make any difference.”

It took five people to yank the dog from their pet groodle, said Mr Aggio – himself, his wife Tina, the dog’s owner and two bystanders who stopped to help.

Mr Aggio said his dog sustained serious injuries in the attack and was operated on for more than four hours yesterday.

“We hung on tent hooks and didn’t know if she would survive the night, but she did,” he said.

“She was torn to the rear. The total cost of the operation so far is $ 6,000, which shows the extent of her injuries.”

Ms. Aggio was treated for a bite wound on her hand at Blacktown Hospital before she was released yesterday. 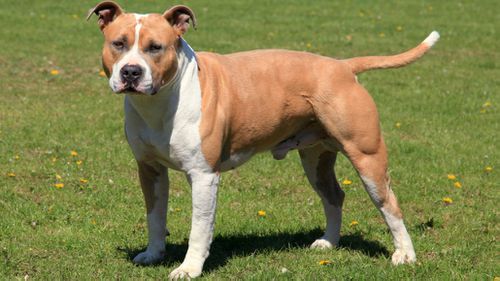 The same breed of dog, an American Staffordshire Terrier, was involved in two attacks on Sunday, one of which was fatal. (File Image) (Supplied)

A spokesman for NSW police confirmed that officers were present at the scene and that the dog had been confiscated by Cumberland City Council.

The spokesman said the police would not investigate the incident.

Nine.com.au has requested a comment from the council that has not yet responded at the time of publication.

It is not yet known whether the dog will be euthanized.

As reported by 9News, it was the American Staffordshire Terrier, a family pet, that attacked their little boy at around 2am yesterday morning at the family home in Kariong, near Gosford.

First up was the Brisbane Water Police, who began resuscitating the injured five-week-old before the paramedics arrived and took over.

However, the baby could not be resuscitated.

Mr Aggio said American Staffordshire Terriers are “ticking time bombs” and should not be kept as pets.

“They should definitely be banned,” he said.

“They are dangerous breeds of dogs that were bred to kill, not protect.

“If we didn’t have the help we were doing, our dog would be dead.

“The owner had zero control. We were totally helpless.

“It took 350 kg of people to regain control. We were very, very lucky. It was five minutes of absolute chaos.”

There are five breeds of restricted dog in NSW that are no longer allowed to be sold or given away – American pit bull or pit bull terriers, Japanese Tosas, Dogo Argentino (Argentine attack dogs), Fila Brasiliero (Brazilian attack dogs), and Perro de Presa Canario or Presa Canario dogs.

Quebec puppies reunite after being rescued two years prior