A HEARTLESS pet owner was incarcerated after beating a five-month-old puppy so hard that he had to be euthanized.

Jerome Lothian, 28, left Mula with multiple fractures in his leg, pelvis and spine during two months of appalling abuse. 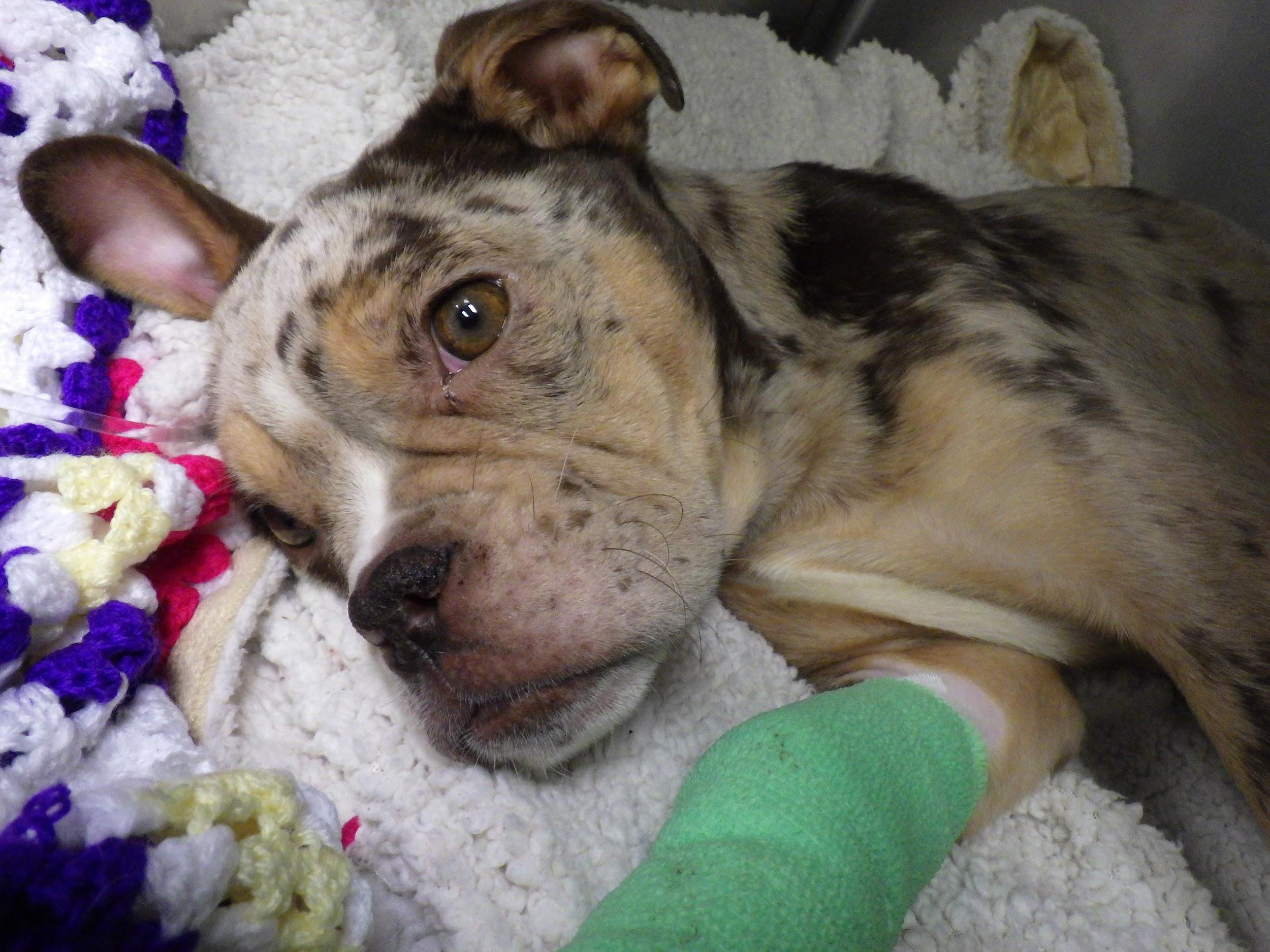 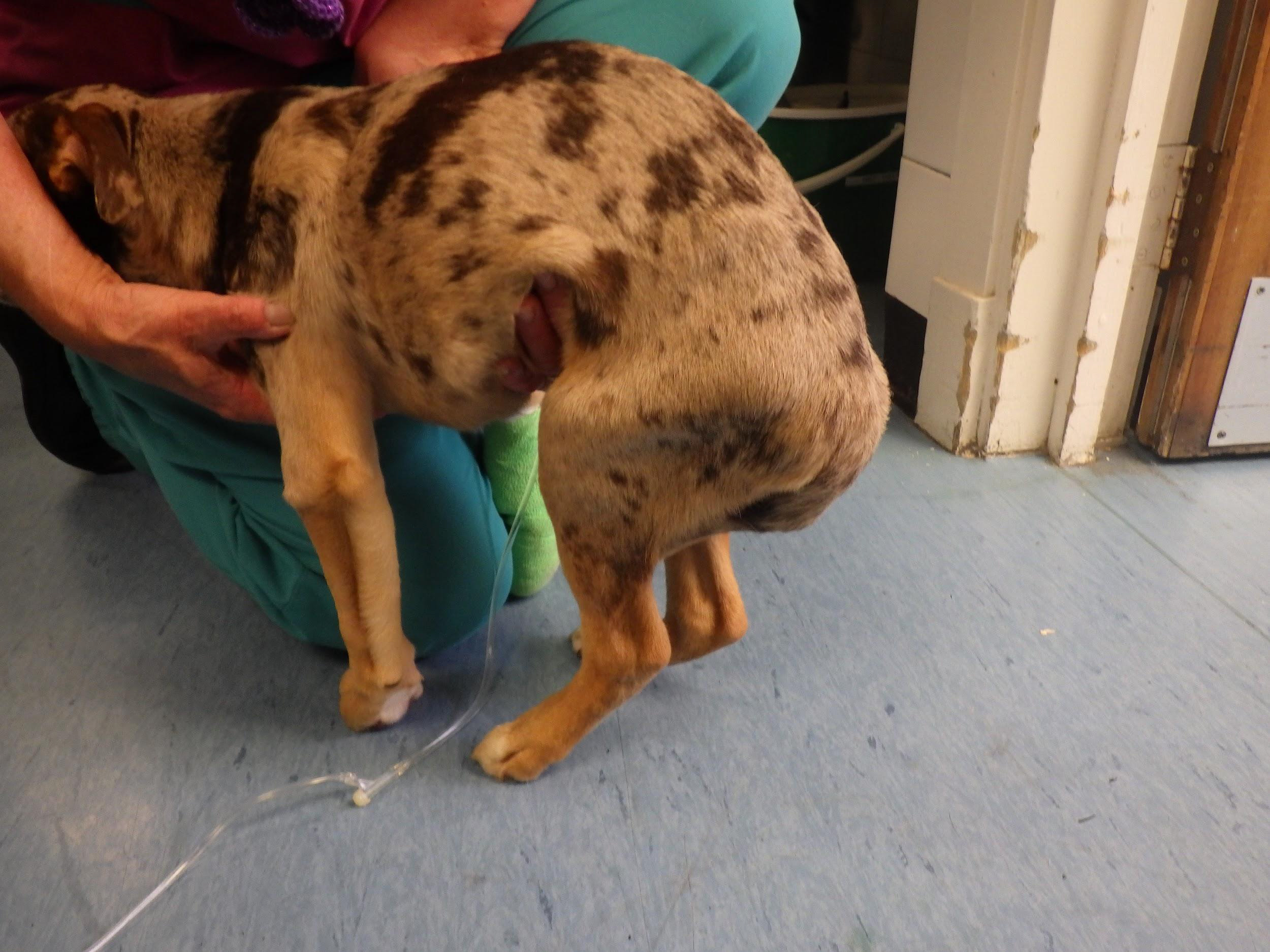 Heartbreaking photos show the little Mula, who can barely stand

A court heard the bully attempt to attribute the injuries to the pooch who fell off a sofa and a step before experts determined she had suffered a “severe blunt violent trauma.”

Heartbreaking photos show little Mula barely able to stand with her leg in a bandage before being euthanized by vets to end her suffering.

Lothian was found guilty in Nottingham Magistrates Court of causing unnecessary harm and other animal welfare offenses to the puppy.

He was detained for 16 weeks last Wednesday and was not allowed to keep animals for life.

Lothian and partner Danielle Toni O’Brien, 31, were also found guilty of failing to vet the young puppy and causing him to suffer.

The court heard that the animal welfare organization PDSA contacted the RSPCA because it was concerned that Mula had sustained various injuries within a few months – without a reasonable explanation.

The young puppy had old, untreated fractures as well as a new fracture in the hind leg.

She struggled to walk on her back legs and was bleeding from her nostrils with sores on her mouth and tongue.

The vet sensed that Mula’s injuries would be in chronic pain despite extensive treatment, and thought the best option was to have her euthanized.

But the police were called after O’Brien refused to put Mula to sleep.

While they waited for the police, RSPCA inspector Helen Mead sat with the helpless puppy, the court heard.

She said the dog barely moved, but after a while Mula used her front legs to move forward for an abdominal massage and put her head in the policeman’s hands.

During the police investigation it emerged that Mula had suffered a catalog of terrible injuries prior to her euthanasia.

Neither Lothian nor O’Brian could provide reasonable explanations for how most of the injuries happened, and there were a number of discrepancies between their stories, the court heard.

Veterinarians concluded that Mula suffered physical abuse while Lothian was responsible for her.

In a statement, a veterinarian said: “A puppy this age should not be seen with multiple fractures.

“Elbow fractures can be seen in Bulldog breed puppies after minimal trauma. However, multiple femoral fractures, and certainly a pelvic fracture, would require much more trauma than the owner reported.

“I can only conclude that the fractures and injuries observed are trauma-related.”

O’Brien, of Nottingham, was sentenced to a 12-month community order with 20 days of rehabilitation, and an evasion order was issued in relation to another dog she owns.

Following the hearing, RSPCA inspector Helen Mead said, “This puppy has been repeatedly abused by Lothian.

“All I wanted was for her to recover, but unfortunately the extent of her injuries made it impossible.

“I hope that myself and the lovely PDSA team have given her some comfort in her final moments when she was put to sleep.

“This case of deliberate cruelty will be with me for a very long time.” 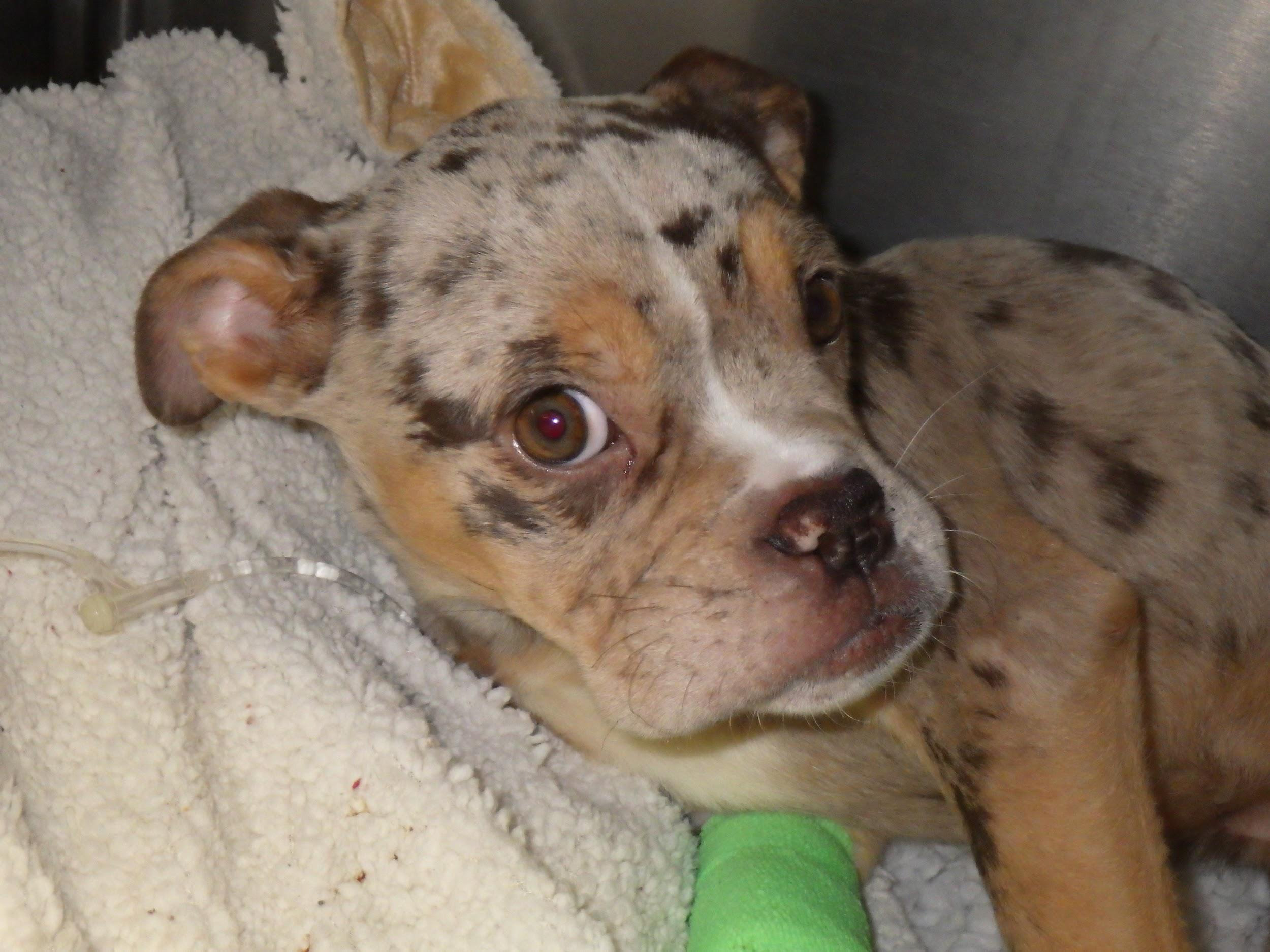 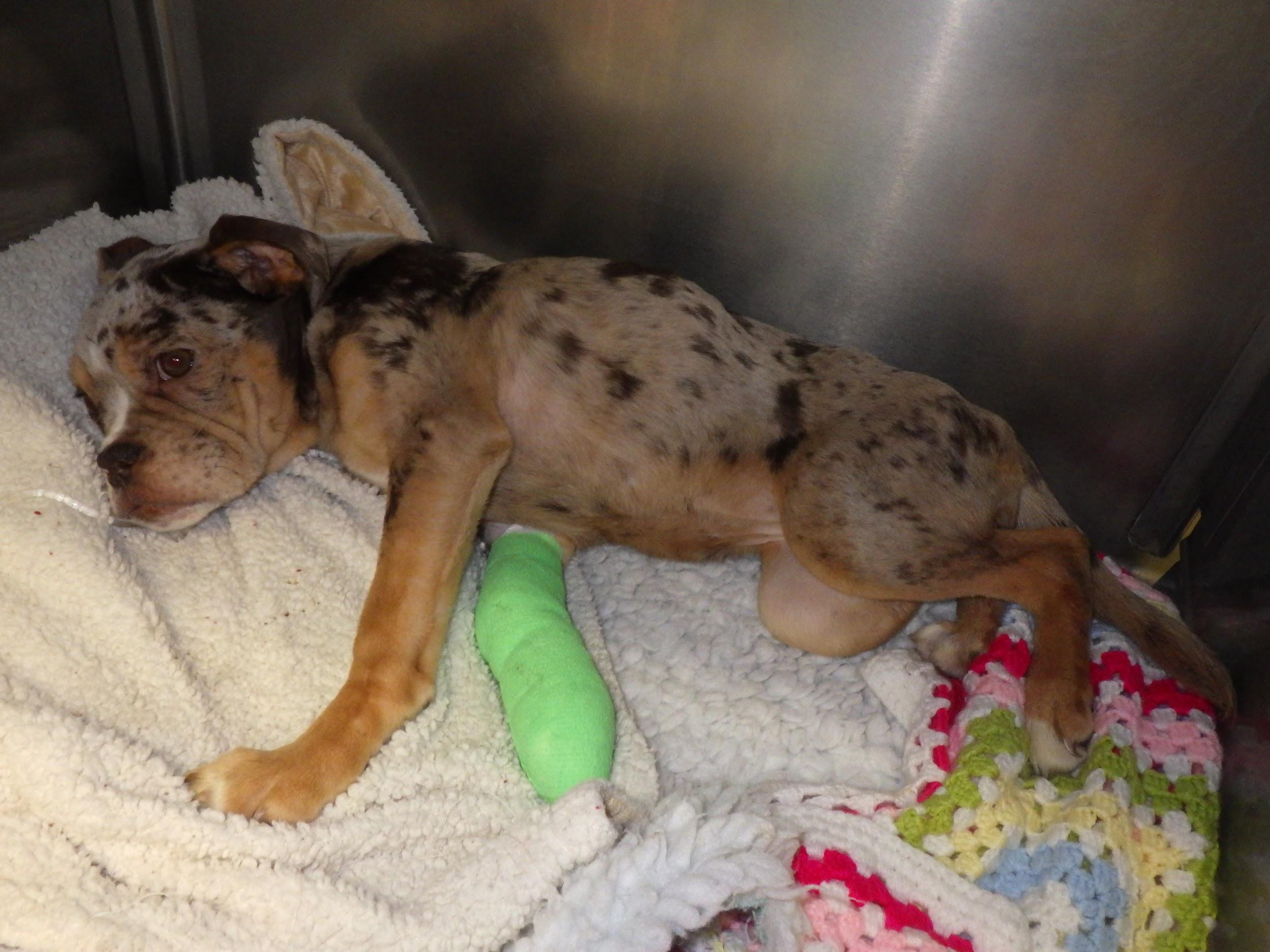 The young bitch had old, untreated fractures and a new fracture in her leg
The touching video shows the dog owner pushing the dying pooch in a wheelbarrow up the pet’s favorite mountain to experience “one last adventure”