An alopecis dog. Credit: The Alopekis Study and Care Group

This is due to the fact that the domestic animals of the respective breed, not officially recognized by the Greek state, are often mistaken for strays and can be easily sterilized by law, potentially reducing the already small number of dogs.

For many years, Greeks – and others – have been dismayed by the large number of stray cats and dogs in the country roaming the Greek streets.

Attempts to resolve the pressing problem, however, could expose some of the country’s oldest races, particularly the Alopecis, to massive population declines.

A rare example of an ancient small breed of dog, the alopecis are known for their sweet and intelligent natures.

The dogs, which have an adorable fox-like appearance, are mainly found in rural areas in northern Greece.

Despite its ancient history and endangered status, the breed is currently not protected or monitored by the Greek state.

The Greek Pet Law suggests that mandatory sterilization of stray cats and dogs, especially in the countryside and islands, is key to solving the massive problem.

Although many consider sterilizing these stray animals to be an effective solution, owners of rare, endangered Ancient Greek dog breeds such as the Alopecis fear that the law could drastically reduce the populations of these ancient canines.

How the Law Threatened the Ancient Greek Dog Breed, Alopekis 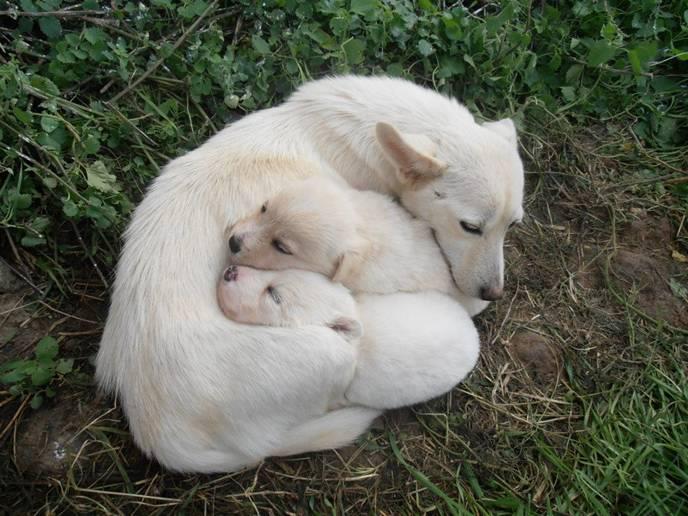 The number of ancient breed dogs, whose history goes back almost 7,000 years, has dropped dramatically in recent years.

In addition to being threatened by human activities such as urbanization and agricultural pesticide pollution, the ancient Greek dog breed is also at risk of extinction due to breeding with other dogs that are not alopecs.

Additionally, the breed’s female canines have a very long, slow reproductive cycle as they are only fertile once a year.

Once the female alopecis become pregnant, she often has a very small litter due to her small size. Your few puppies are also extremely vulnerable and many do not survive to develop into adults.

Proponents of the breed argue that the mandatory sterilization campaigns are conducted without regard to native, ancient breeds such as the Alopecis.

In fact, many locals and sterilization advocates don’t even realize the breed is that old and they simply believe that it is a crossbreed.

Although many Alopecis are pets rather than strays, they are often kept as “key dogs” or as pets that come and go as they please and often roam around their rural surroundings.

This means that they can easily be mistaken for strays and sterilized.

There are many groups monitoring this ancient breed and hoping to protect it, but they argue that the best way to ensure the survival of the Alopecis is with the recognition and protection of the breed by the Greek state.

The Greek Society for the Protection and Rescue of Native Breeds and Domestic Animals or Amalthea has been fighting for the support of the Alopecis for years.

The Alopekis Study and Care Group, OMMA, which advocates the same cause, has also been active since 2013.

The veterinarian Professor Spyros Chleiounakis, accompanied by a team of scientists, has dedicated his life to monitoring and maintaining endangered Alopecis populations in Northern Greece.

His study of the ancient Greek dog breed has contributed to both international awareness of the alopecis and scientific understanding of the dog.

The ancient story of the archaic dogs 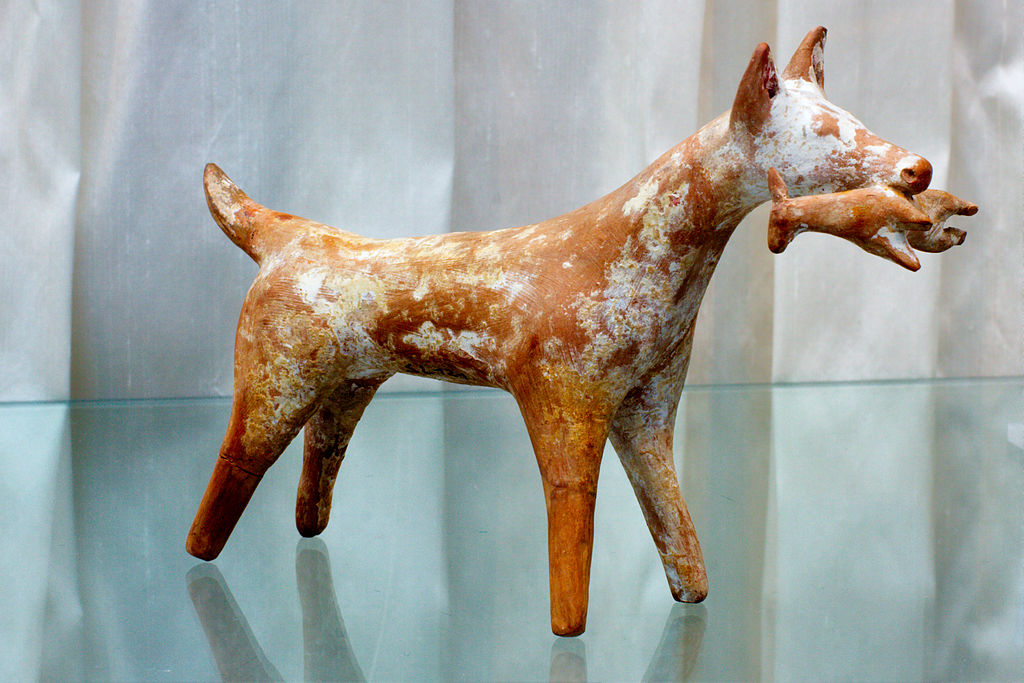 Archaic Greek statue of a dog known as an alopecis and her pup. Recognition: User: MatthiasKabel/ Wikimedia Commons / CC BY-SA 3.0

The ancient Greek dog breed was popular in ancient times, and its existence and domestication go back to the Neolithic Age.

Similar breeds have been found throughout the Balkans, as well as in ancient Greek colonies in southern Italy, the Iberian Peninsula, and the Balearic Islands.

However, according to DNA analysis, the Alopecis is considered to be one of the oldest domesticated dog breeds in all of Europe.

Further study of the fascinating breed is needed to fully understand not only the Alopecis but also the evolution of European dog breeds in general.

Representations of the adorable puppy can be found in the art of ancient Greece and are also mentioned in many ancient texts.

It is believed that the alopecis were a popular pet throughout Greece in ancient times. Extremely playful and intelligent, the puppy was most likely used to tend and protect livestock and keep the house safe from pests while also serving as a loyal friend.