Happy National Puppy Day. Here are the most popular dog breeds in N.J.

Made-up national “days” can be dubious, but National Puppy Day? Don’t mind if we do.

To commemorate the canine celebration that is Tuesday, March 23, here’s a look at the most popular dog breeds in New Jersey and the nation in 2020.

The American Kennel Club releases the national list each March based on AKC breed registrations. While mixed breeds aren’t tracked, people were lining up to adopt puppies and dogs of all kinds last year during the onset of the COVID-19 pandemic.

See below how each breed has or hasn’t changed in popularity since 2019.

A German, not Danish, breed, Great Danes can stand as tall as 32 inches at the shoulder.

“When standing on their hind legs, they are taller than most people,” the AKC says of the dogs, who have “the smooth and easy stride of born noblemen.”

The AKC recognized Great Danes as its 34th breed in 1887.

A miniature smooth dachshund (breed No. 18) with a Great Dane (No. 20).Adrian Dennis | AFP via Getty Images

A favorite of Queen Elizabeth II since she was a girl, short-legged Pembroke Welsh corgis were recognized by the AKC in 1934. The Pembroke Welsh corgi is the more recent and more popular of the two corgi breeds — the other being the Cardigan Welsh corgi, which has rounded ears instead of pointed ears.

The forerunner to the current corgis, bred to herd sheep and cattle, was brought to Wales in the 1100s with Flemish weavers who were invited by King Henry I. 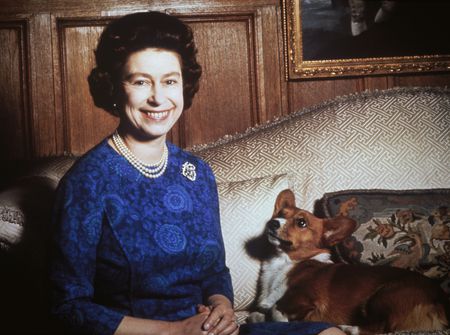 Queen Elizabeth II with a corgi in 1970. The breed is a royal favorite.Keystone | Hulton Archive | Getty Images

“Dachshund” translates to “badger dog” in German. The breed, a hound known for its short legs and long body, was used to dig out badgers. The AKC first recognized the breed in 1885.

The dogs have two sizes (miniature or standard) and different types of coat: longhaired, wirehaired or smooth.

The shih tzu is in the AKC’s toy group. The breed, known as “lion dog” and “chrysanthemum-faced dog,” were lap dogs: the resident royal pets of the Ming Dynasty in China. They came from Tibetan breeds, the Lhasa apso and the Pekingese.

The AKC recognized the shih tzu in 1969. 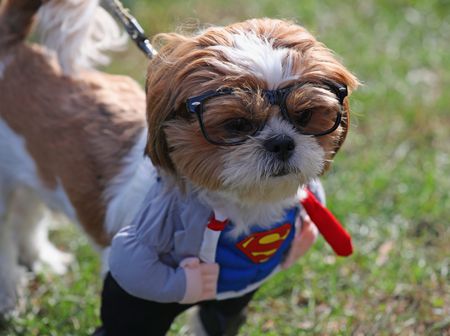 The shih tzu is the 17th most popular breed in New Jersey.Bruce Bennett | Getty Images

The dogs are descended from the Pyrenean shepherd.

The Basques, who migrated to Australia in the 1800s, cross-bred the dogs with collies and border collies before leaving for California, where the dogs were assumed to be Australian. 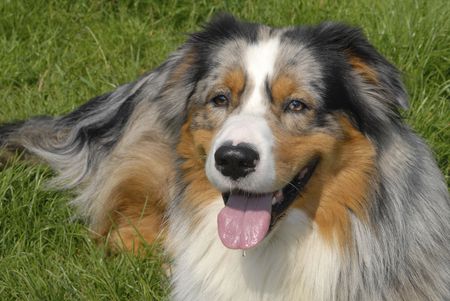 The breed came to America after the Civil War and was popular with rabbit hunters, according to the AKC.

The history of the beagle is disputed. Some think its name comes from the Gaelic word for little, beag, while others go with the French be’geule. Their ancestors may have been in England in pre-Roman times, and their forebears — foot hounds — were mainstays for tracking hare. Because they were foot hounds, hunters didn’t need a horse to follow them on the hunt. 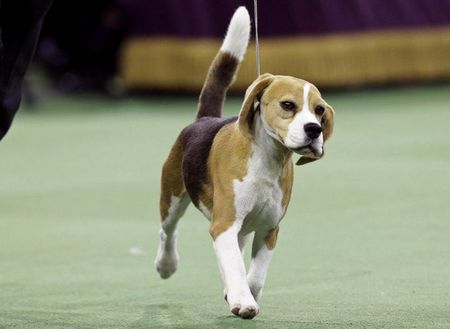 The breed, recognized by the AKC in 1885, emerged in the mid-1800s in Yorkshire and Lancashire, England.

The dogs were brought to England by weavers from Scotland, who used them to chase rats and mice in textile mills. Yorkies later became lapdogs for the privileged. 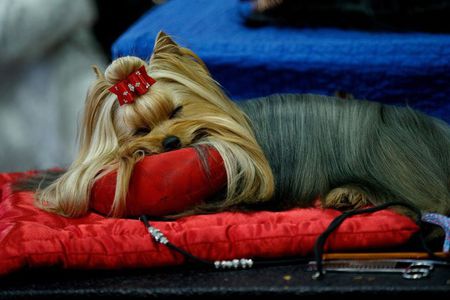 The Doberman pinscher fell three places from No. 10 in 2019.

The breed is named for Louis Dobermann, a tax collector from Apolda in Thueringen, Germany, where the breed originated in about 1890.

Dobermann bred the dog for companionship and security. The breed, which joined the AKC’s working group in 1908, has become a police and military dog. 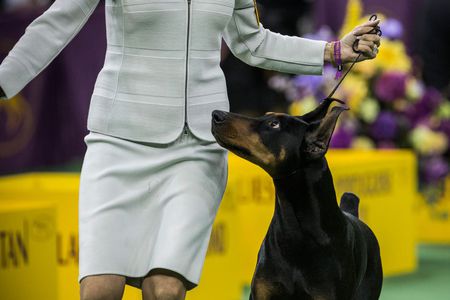 The Doberman pinscher was bred to be a companion and watchdog. Andrew Burton | Getty Images

The lapdog, a member of the AKC’s toy group, is Cuba’s only native breed and the country’s national dog. Formerly called the Spanish silk poodle and the Havana silk dog — blanquito de la Habana — the Havanese is related to the Maltese and the bichon frisé.

The dogs arrived in the U.S. with Cubans in 1959 as wealthy citizens escaped Fidel Castro. Ernest Hemingway, Charles Dickens and Queen Victoria all had Havanese dogs. 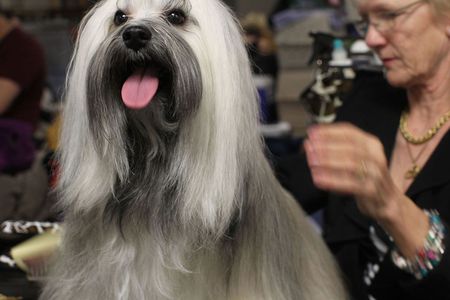 The German shorthaired pointer remained at No. 11, the same ranking it held in 2019.

The dogs, in AKC’s sporting group, have webbed feet, are excellent swimmers and are pros at hunting birds as well as deer, raccoon, rabbit and possum.

In 2016, a German shorthaired pointer named CJ (pictured below) won best in show at the Westminster Kennel Club dog show.

In the 1800s, German nobles, including Prince Albrecht zu Solms-Braunfels, bred what became the German shorthaired pointer in an effort to produce a top birding dog. 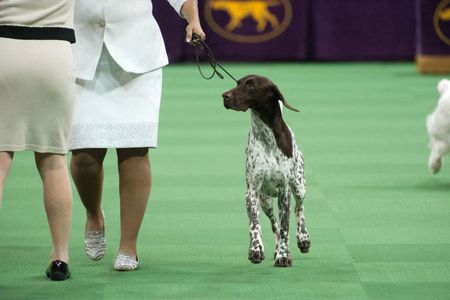 The Cavalier King Charles spaniel moved up a whopping six spaces in the Jersey rankings, from No. 16 in 2019.

The breed, recognized by the AKC in 1995, is a member of the toy group. The dogs are named for the royalist party that supported the Stuarts during the English Civil War that resulted in the beheading of King Charles I. They were the result of an early 20th-century effort to recreate the spaniels adored by rulers of the 1600s, like Charles I and Charles II. 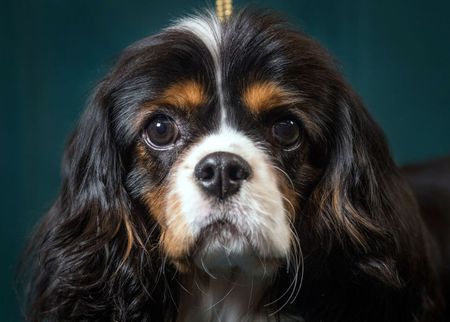 The husky’s origins can be found in dogs bred by the Chukchi people in northeastern Asia. The breed, known as a sled dog, is in the AKC’s working group.

In 1925, a Siberian husky named Balto led Leonhard Seppala’s team of huskies 658 miles in less than six days to deliver a serum to Nome, Alaska to treat people who were suffering from diphtheria. 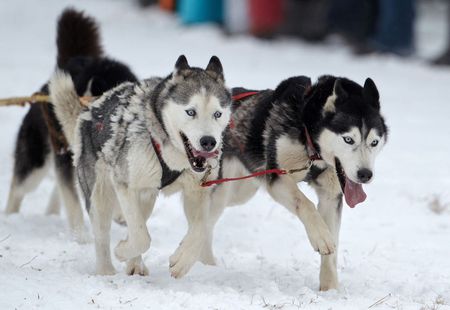 The dogs are so named because of the “boxer” stance they take with their paws when playing up on their hind legs.

Boxers came from Germany in the 1800s, the result of cross-breeding bullenbeisser dogs and mastiff-like dogs from England, though their ancestry can also be traced to Tibet.

The breed is known for being watchdogs, police dogs and cattle dogs. 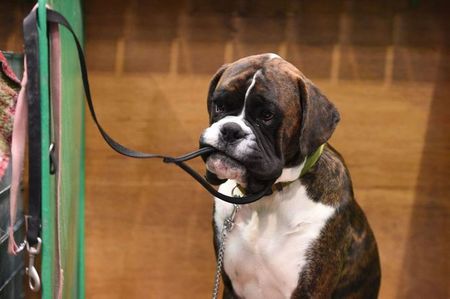 First recognized by the kennel club in 1886, bulldogs — which hail from England — are in the non-sporting group. The dogs are so named because of their history of bullbaiting, a sport in which the crowd bets on the outcome of a fight in which the dogs attack a bull tied to a stake. England banned bullbaiting in 1835, and the sport moved underground. 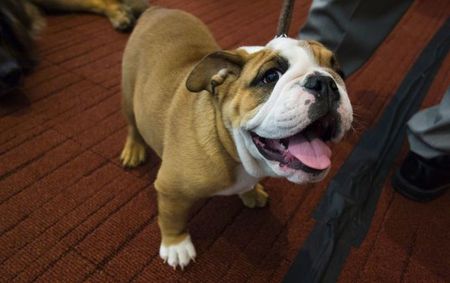 The breed is named for Rottweil, Germany, where the dog, descended from Roman drover dogs, helped herd cattle to market. It was known as the butcher’s dog of Rottweil.

Rottweilers joined the AKC’s working group in 1931 and have served as guard dogs and police dogs. 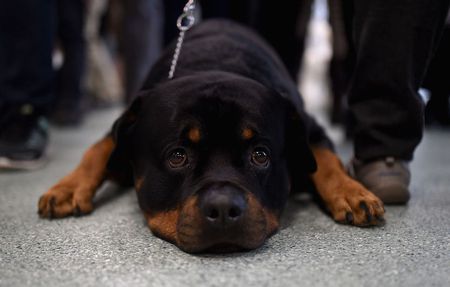 The poodle moved up two spots in the Jersey rankings to No. 5.

Poodles, recognized by the AKC in 1887 as part of its non-sporting group, are the stylish national dog of France — although they hail from Germany, where the breed was used for duck hunting. They have hypoallergenic coats and come in three varieties: miniature, toy and standard. 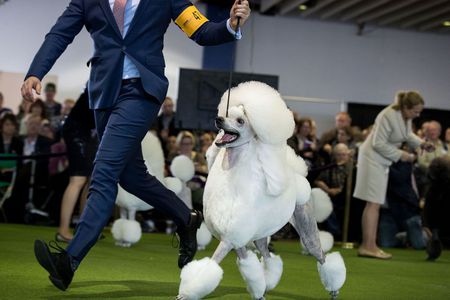 The poodle actually hails from Germany, despite its status as the national dog of France.Drew Angerer | Getty Images

The German shepherd dropped one spot in the state breed rankings from No. 3 in 2019.

Recognized by the AKC in 1908, the German shepherd is a member of the herding group, though it is also known to be a police dog, service dog and guard dog. 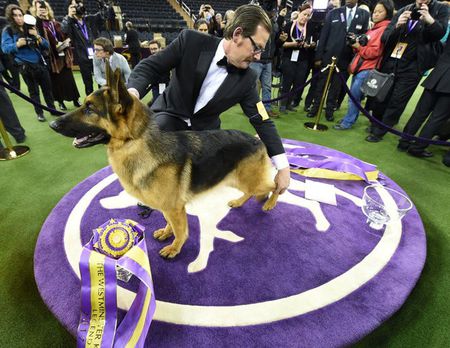 The French bulldog moved up one place from No. 4 in 2019, after holding that spot in the Jersey rankings since 2016.

The breed is a toy version of the bulldog, originating in English locales, including Nottingham, which was known for its lace making. The dogs functioned as a kind of mascot for lace makers, which held when the industry moved to France and the breed became known as the “boule-dog Francais.”

Recognized by the AKC in 1898, the French bulldog — now known for its “bat” ears — is a member of the non-sporting group. 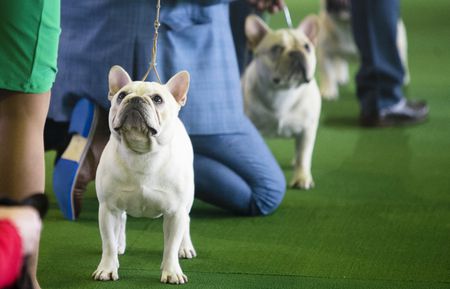 The golden retriever maintained its No. 2 spot in New Jersey, having jumped in the rankings from No. 3 in 2018.

Recognized by the AKC in 1925, the breed — which originated in the Scottish Highlands in the 1800s — is part of the sporting group.

Dudley Marjoribanks, known as Lord Tweedmouth, created the retriever, a gun dog, by crossing a “yellow” retriever with the Tweed water spaniel. The dogs serve as hunting companions, obedience dogs and guide dogs. 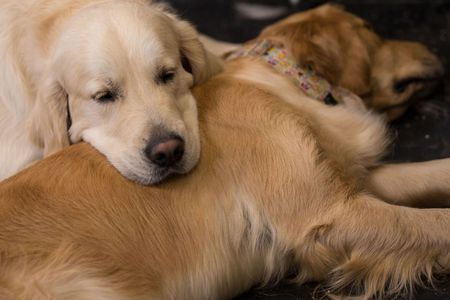 Golden retrievers were bred to be gun dogs, but have become good family and guide dogs.Oli Scarff | AFP | Getty Images

Labrador retrievers have been the most popular breed in America since 1991, so New Jersey is in good company with its top pick.

The breed, first recognized by the AKC in 1917, is in the AKC’s sporting group. Labradors actually come from Newfoundland, Canada, not Labrador. The dogs were put to work retrieving ducks, using their “otter tails” to navigate the water, and worked alongside fishermen, retrieving fish from nets.

Heart, a Labrador retriever from Columbia, Warren County, won the Masters Obedience Championship at the Westminster Kennel Club dog show so many times — five, consecutively — that the dog and her owner, Linda Brennan, retired the trophy in 2019. 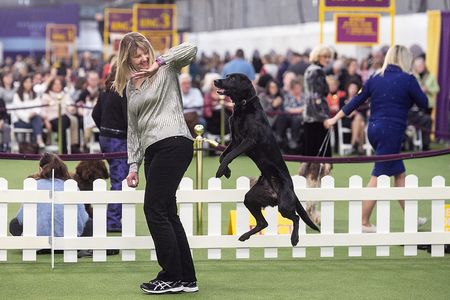 Let’s see how New Jersey compares to the nation in popular breed registrations. 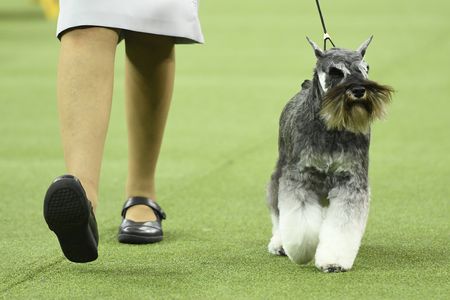 The miniature schnauzer doesn’t rank in New Jersey’s top 20 breeds, but it does have a place in the national rankings. Sarah Stier | Getty Images 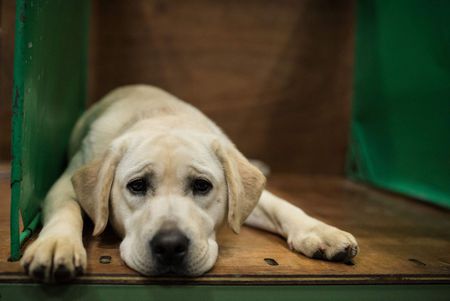 Labrador retrievers have topped the most popular breed list for three decades.Timothy A. Clary | Getty Images

Thank you for relying on us to provide the journalism you can trust. Please consider supporting NJ.com with a subscription.

Amy Kuperinsky may be reached at [email protected] and followed at @AmyKup on Twitter.