There’s a reason dogs are called man’s best friend. Not only do they provide company, they are entertaining, loving, and make us happy in difficult times.

When the bans came in last March, many people started working from home, which led to an increase in puppy purchases and adoptions. According to the Association of Pet Food Manufacturers, 3.2 million households in the UK have bought a pet since the pandemic began.

In the United States, animal rescue centers across the country saw an increase in adoption, foster care and sales at the start of the Covid-19 pandemic. What Are the Most Popular Large Dog Breeds in 2020? Here is the rundown according to the American Kennel Club.

The humble Labrador Retriever has been the most popular breed of dog in the United States since the early 1990s and remains the most popular of all dogs, large and small. Labs are known for being kind, easy-going, obedient, and making great pets.

A Labrador Retriever at the Crufts dog show in Birmingham, England, UK on March 11, 2018.
Getty Images

German Shepherds may seem intimidating, but they are loving, loyal companions and excel in job roles. They provide assistance to the police and the military, work on farms and help with search and rescue operations as well as drug detection. 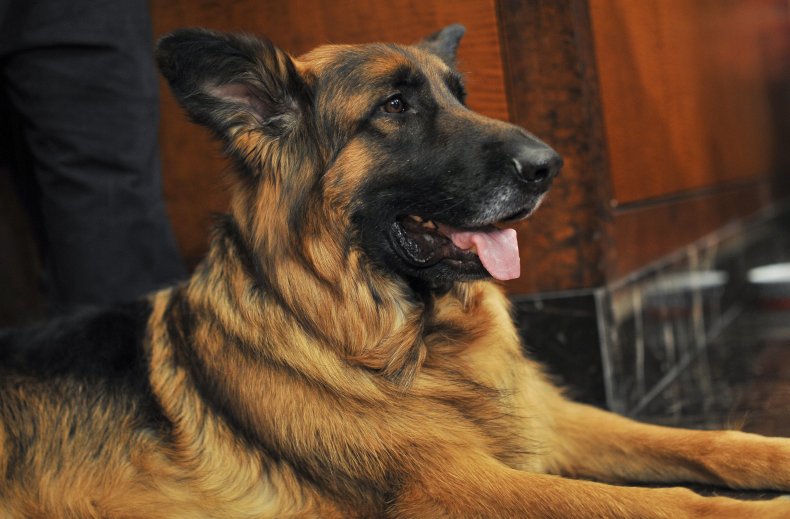 A German Shepherd at the American Kennel Club Top Breeds of 2014 event in New York City on February 26, 2015.
Getty Images

Golden Retrievers are easy to recognize by their long, golden fur. They are popular as disabled assistance and search and rescue dogs, but they were originally bred to aid hunters and rescue hunted waterfowl, such as ducks. 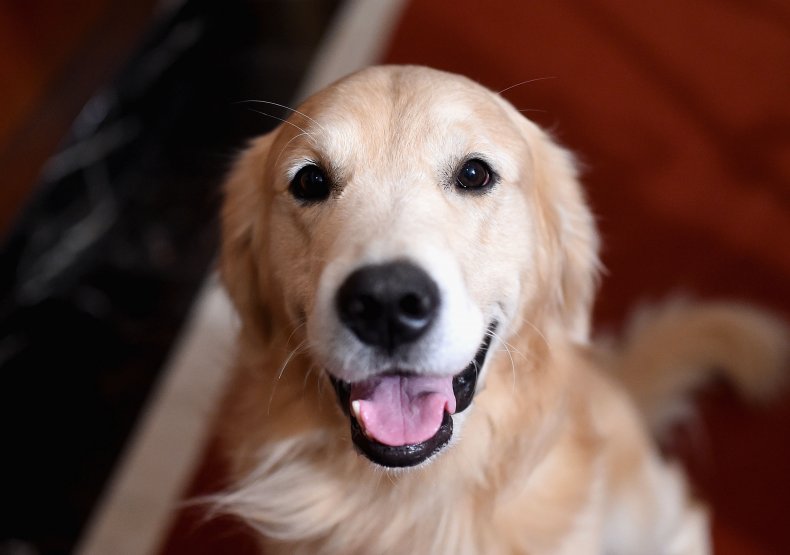 When we think of poodles, many of us imagine the little toy poodles that are becoming increasingly popular with dog owners. However, the standard poodle can weigh anywhere from 45 to 70 pounds, with females weighing an average of 45 to 60 pounds and males an average of 45 to 70 pounds. These athletic, attractive dogs are smart and love to learn, so training is a must. 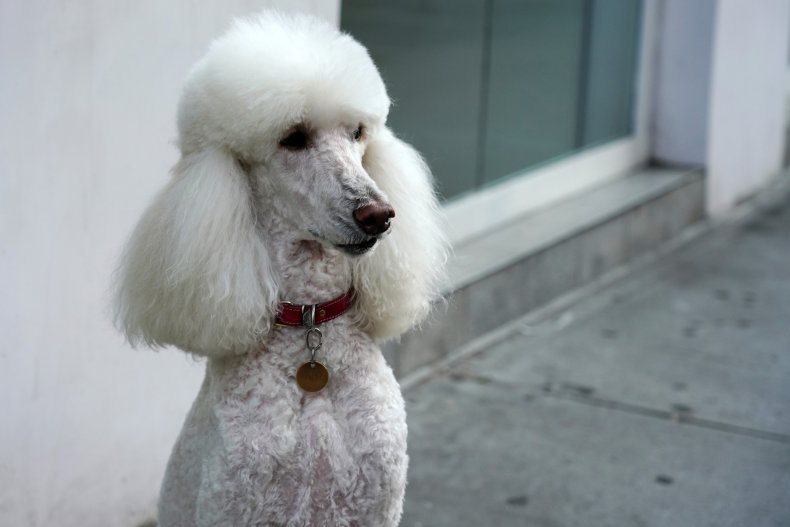 A standard poodle poses for a photo on May 15, 2020 in New York City.
Cindy Ord / Getty Images

These large, sturdy dogs were originally bred to accompany Romans through Germany, herd their cattle and guard outposts. The breed is named after the town of Rottweil in southern Germany, where many of the dogs were left behind. Rottweilers aren’t suitable for inexperienced dog owners, but with the right training, they make great pets and working dogs. 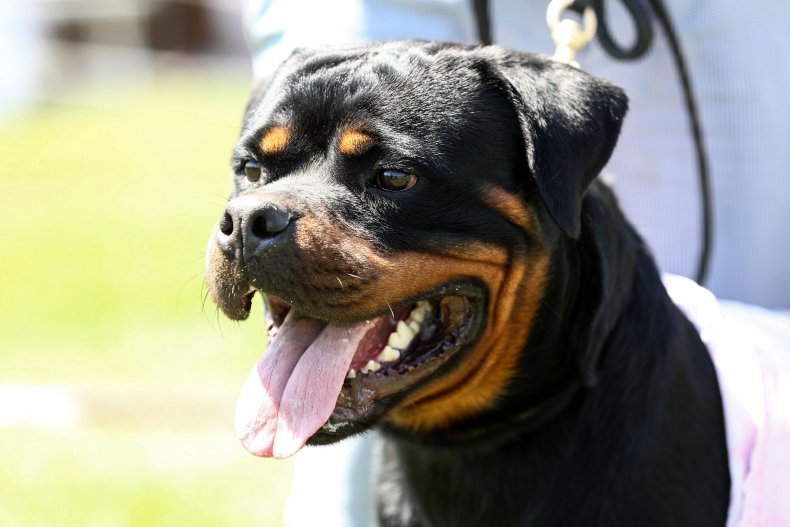 The Great Dane, one of the largest dog breeds in the world, can grow up to 86 cm and is descended from hunting dogs in the Middle Ages. These giants were used to hunt large wildlife such as bears, wild boars, and deer. 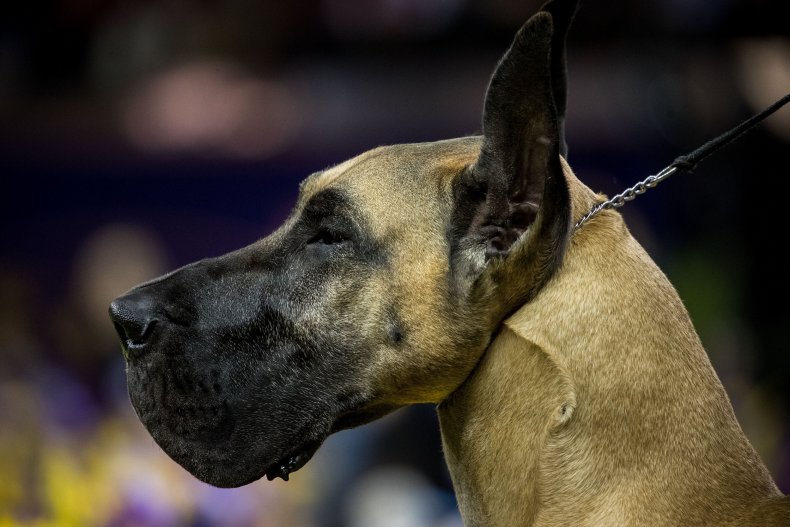 These work sled dogs have wonderfully thick coats and are designed to work in packs and pull light loads over frozen environments. Siberian Huskies are intelligent and love human company, but they can be stubborn. 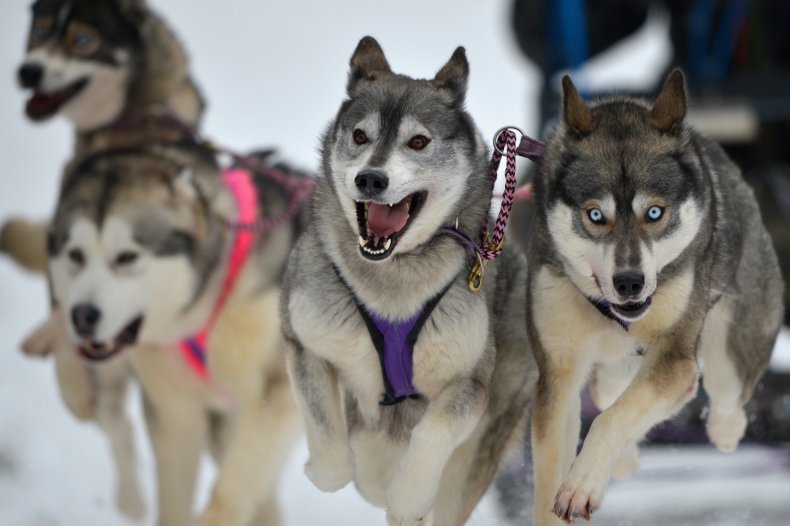 A team of Siberian Huskies pulls a sled while training for the Aviemore Sled Dog Rally in Feshiebridge, Scotland?
Jeff J. Mitchell / Getty

Doberman Pinschers originated in Germany at the end of the 19th century and were mainly bred as guard dogs. They are believed to be a mix of different breeds of dogs, including the Rottweiler and the German Pinscher. These dogs serve well in the police and military, but are also friendly pets. 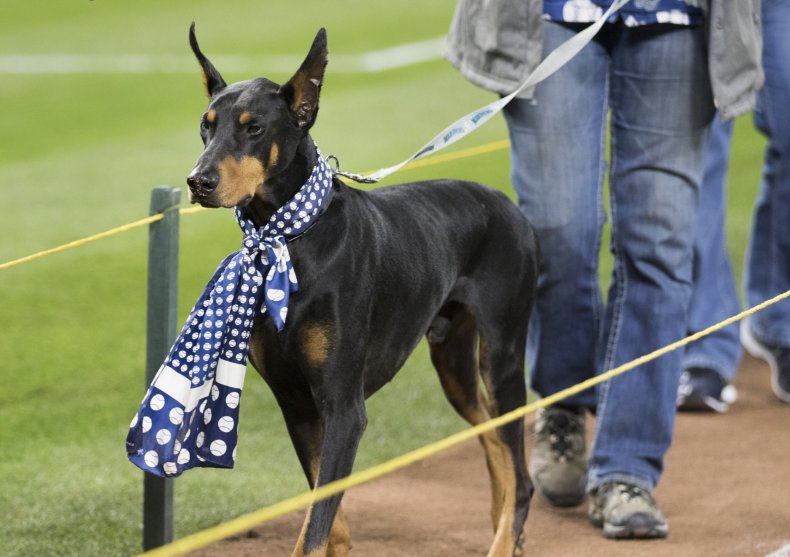 Bernese Mountain Dogs are working dogs from the farmland of Switzerland. They were designed to herd cattle, pull carts and guard buildings. Unfortunately, like many larger dogs, the breed has a shorter lifespan of just six to eight years and is prone to diseases such as cancer. 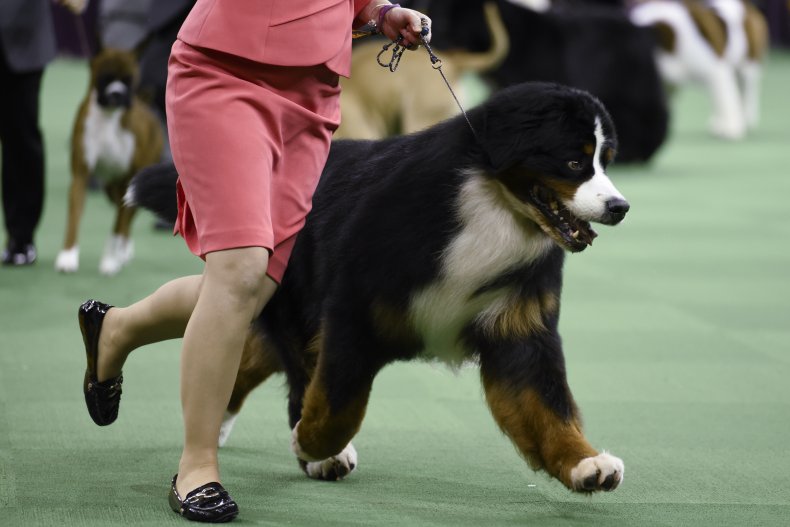 Mastiffs are among the largest dogs in the world, and the breed dates back thousands of years. Adult males can weigh up to 200 pounds and females can weigh around 150 pounds. However, despite their imposing size, Great Danes are calm and affectionate when introduced to many situations as puppies. 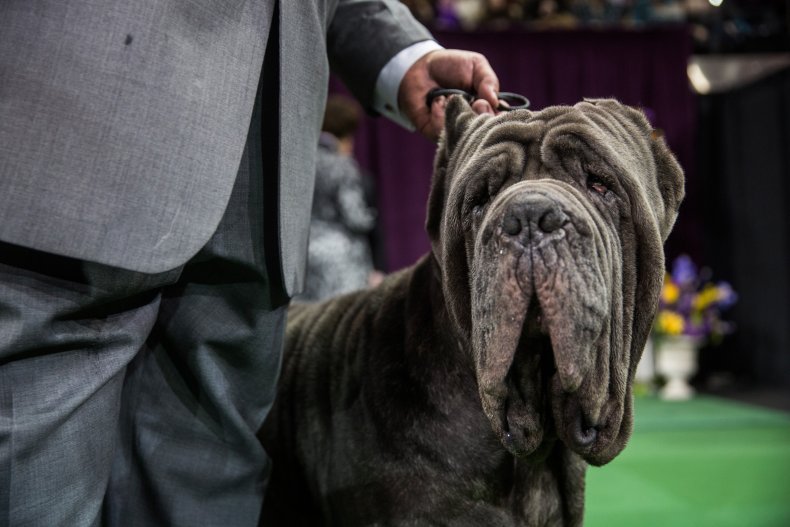 Originally bred in Hungary to work as pointers and retrievers, Vizsla’s red-haired hunting dogs are great companions. These elegant dogs love to be active, so they need owners who enjoy long walks and have time to exercise their dogs well. 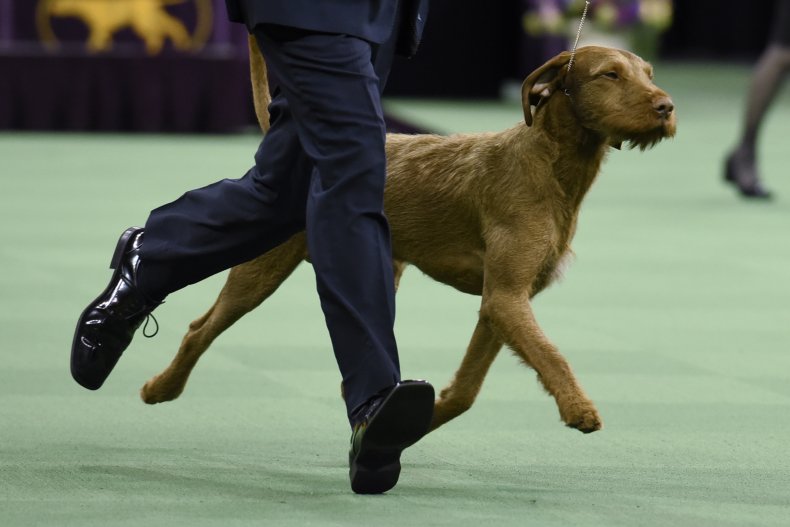 Newfoundland dogs were originally used as working dogs to pull fishing nets and haul wood from the forest, which explains their enormous size and stature. These dogs are cute by nature, but owners should be willing to groom Newfoundland dogs on a regular basis because of their thick fur. 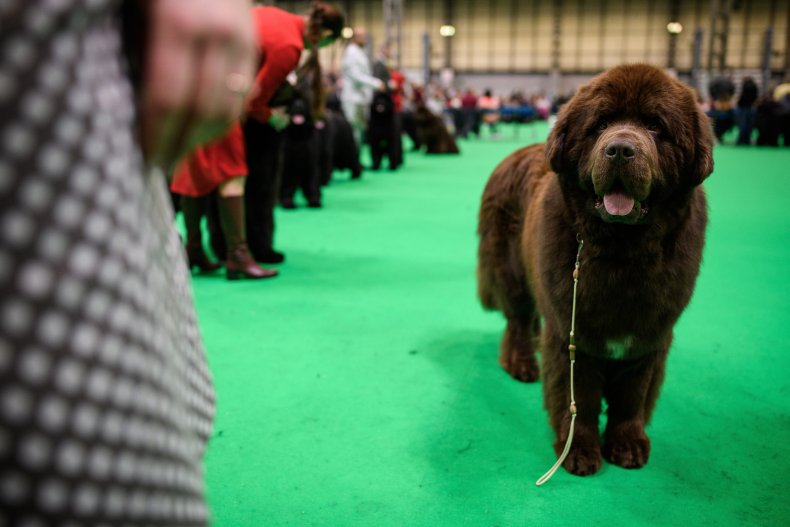 Native to southern Africa, the Rhodesian Ridgeback is the product of several breeds, including greyhounds and great danes. Originally, these large dogs hunted in the wild, but also protected families living in hostile environments and kept intruders away from homes and land. 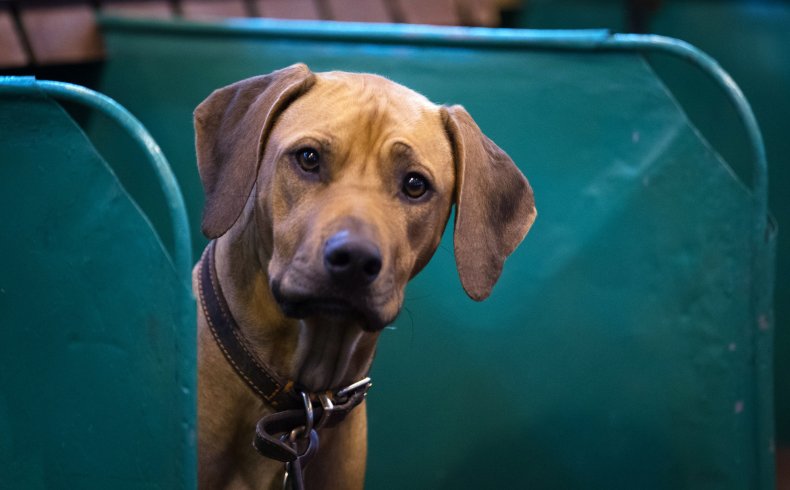 According to the Kennel Club, these large scented dogs may have descended from dogs that were once kept in St. Hubert’s monastery in Belgium. Despite their huge size, they are gentle and calm, known for their incredible sense of smell and tenacious tracking instinct. 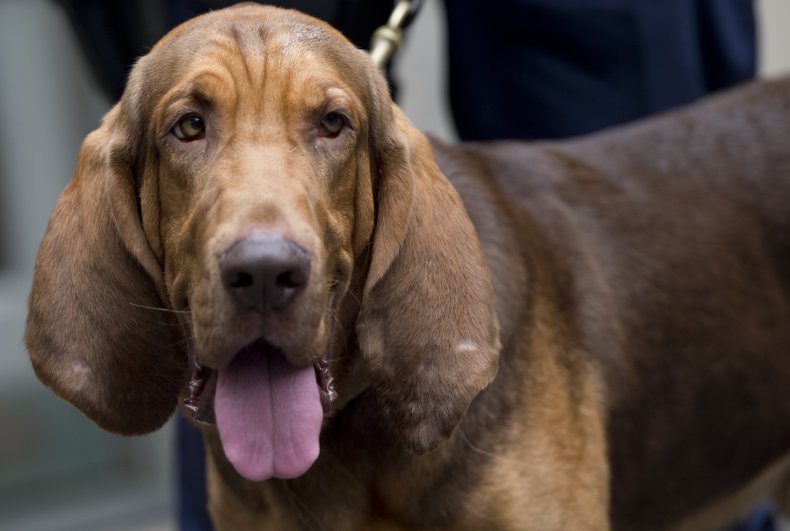 Akitas hail from the mountainous regions of northern Japan, where they were used to guard households and track large game such as deer, elk and bears. Although Akitas can make good pets, they prefer to be just animals and don’t always get along with other dogs unless they are very well trained. 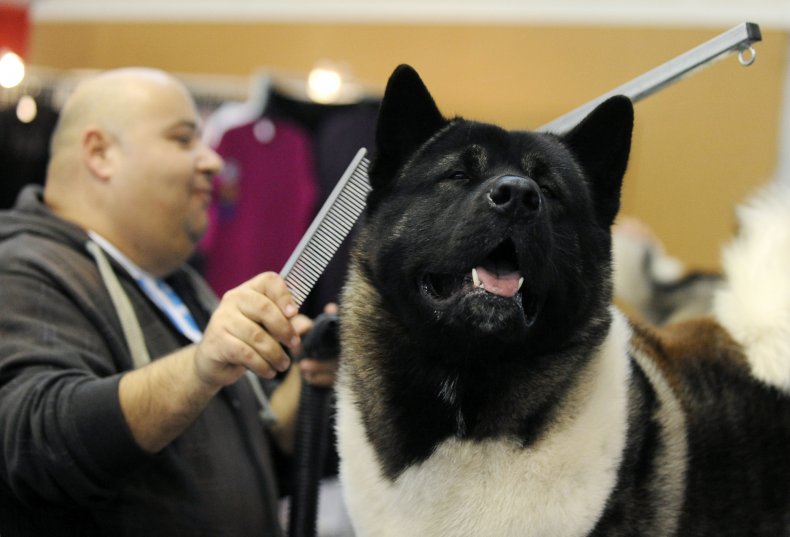 An American Akita seen at the Budapest Exhibition Center in 2012.
Attila Kisbenedek / AFP via Getty Images