How intelligent dogs are is not easy to judge. As with humans, dogs’ intelligence manifests itself in different ways. Dogs can be emotionally astute, instinctive or innate, or have “work intelligence” – meaning they are more likely to obey orders.

According to canine psychologist Stanley Coren, certain dogs may be more likely to have functioning intelligence, but of course that may depend on their training. His book The Intelligence of Dogs contains the results of a survey of 199 dog obedience judges.

According to the American Kennel Club, dogs can be more or less obedient depending on their breed. Border collies are herding dogs that were bred to listen to commands, but many terriers were bred to work independently to catch bugs and may be more likely to ignore them to hunt their prey.

Take a look at some of the least obedient large dog breeds in the list below.

The Afghan Hound is known for its long, silky hair and statuesque appearance, but according to Cohen, the breed is stubborn and probably only obeys 30 percent of the time. Independent, loyal, and very athletic, these greyhounds can reach immense speeds to capture prey, according to the AKC.

Take a look at our overview of dogs known to be independent.

Borzoi, also known as the Russian hunting greyhound, descended from the working dogs of people who immigrated to Russia from Central Asian countries prior to the 17th century. Like Afghan Hounds, they are trained to hunt prey such as rabbits and foxes.

Mastiffs, sometimes referred to as Old English Mastiffs, are large but good-natured. However, the AKC states that they need solid workout and plenty of exercise and stimulation to keep them from becoming bored and destructive. 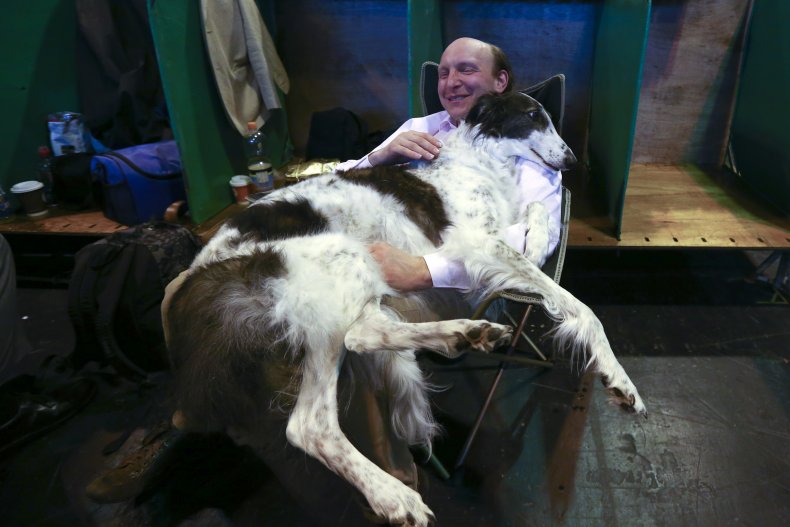 Weighing between 100 and 130 pounds, these attentive giants make great family pets and watchdogs. Owners need to exercise and socialize their dogs when they are puppies. According to Cohen, these dogs respond to commands about 40 percent of the time.

These dogs make up our list of the best breeds for first time dog owners. 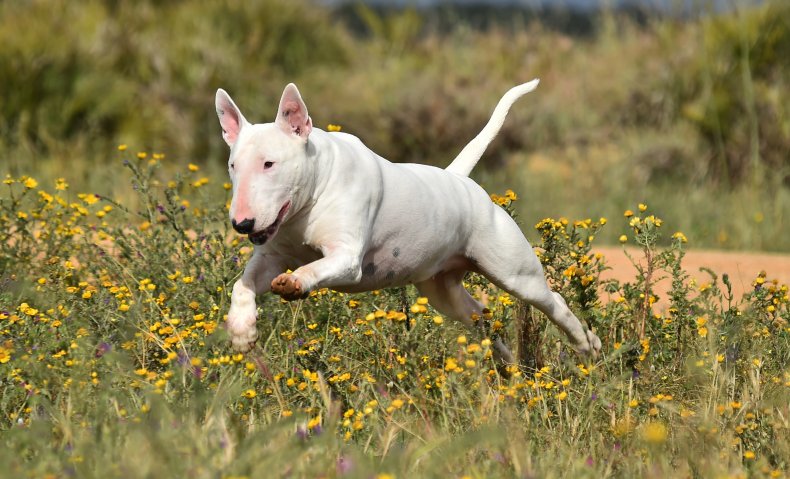 Originating in the Pyrenees, the Great Pyrenees are large working dogs bred to protect sheep. These dogs were bred to be independent, and while they are smart, they just don’t see the point in sitting and staying, according to the AKC.

Old English Sheepdogs are smart and independent, but they can be strong willed and need a steady hand when it comes to training. The UK Kennel Club states that these dogs need more than two hours of exercise a day. 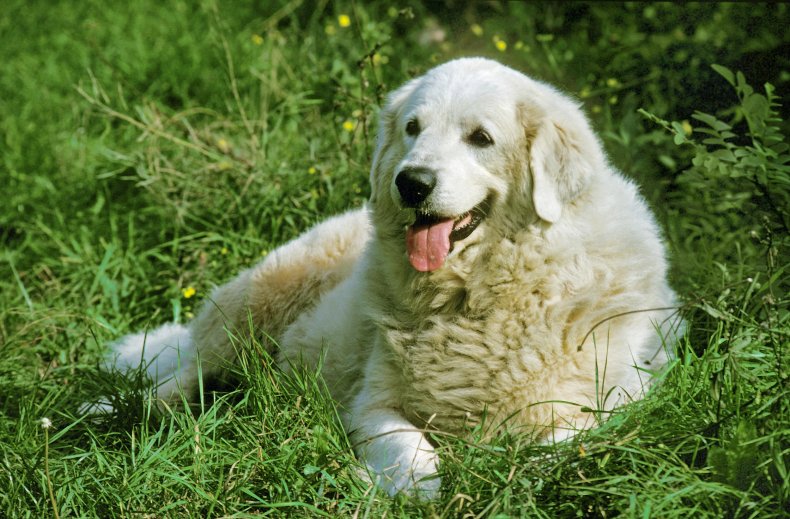 Great Pyrenees were bred to be independent
slowmotiongli / Getty iStock

Rhodesian Ridgeback dogs are quick and powerful with a strong drive to chase prey. The breed can be independent and occasionally dominant, according to the AKC, but they make loyal pets when trained as puppies.

According to Cohen’s research, malamutes obey their owner’s commands at least 50 percent of the time. These dogs are playful and friendly, but require good training and a firm but loving hand. 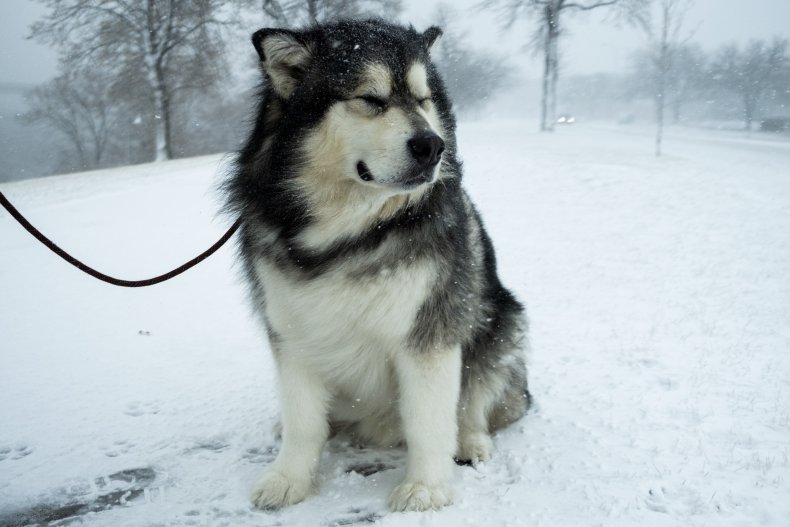 Boxers are bright, energetic, and make great family dogs. However, they are known to be stubborn and require plenty of exercise to avoid unwanted behaviors associated with boredom, such as digging or chewing.

Great Danes are huge dogs weighing 100 to 120 pounds, but they are gentle, loving giants. Although they are generally good with children, they require obedience training and can be stubborn. 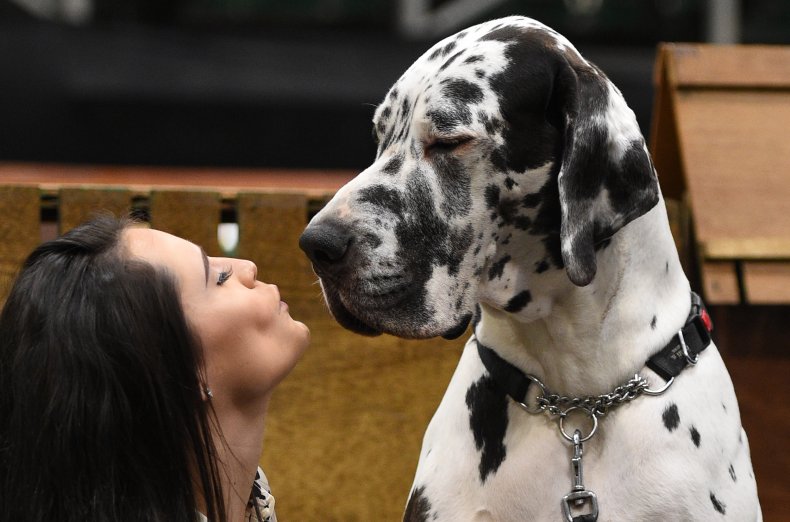 Greyhounds may be quick, but they are gentle, quiet, and tend not to be aggressive. However, they can have a strong prey drive and tend to hunt small pets like rabbits.

Huskies are smaller than Malamutes, and while they are sled dogs, they can be mischievous and stubborn. Siberians are very social and enjoy training sessions with their owners. The AKC states that the best approach to training is to make the exercises fun for both dog and owner. 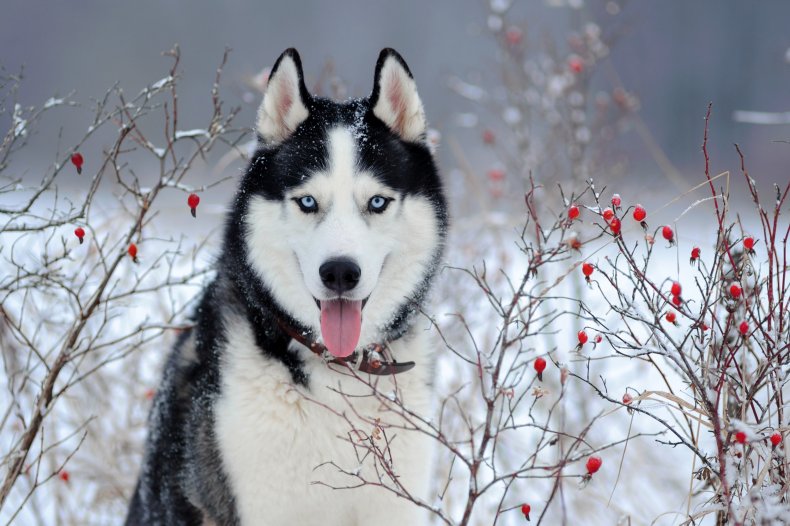 Otterhounds were bred in medieval England for what is now illegal otter hunting. These dogs respond to positive, reward-based training methods and enjoy receiving extensive praise for doing things right.

The AKC recommends three types of training for these large greyhounds. Crate training is useful when it is necessary to keep them safe at home, obedience training and agility games for mental stimulation. 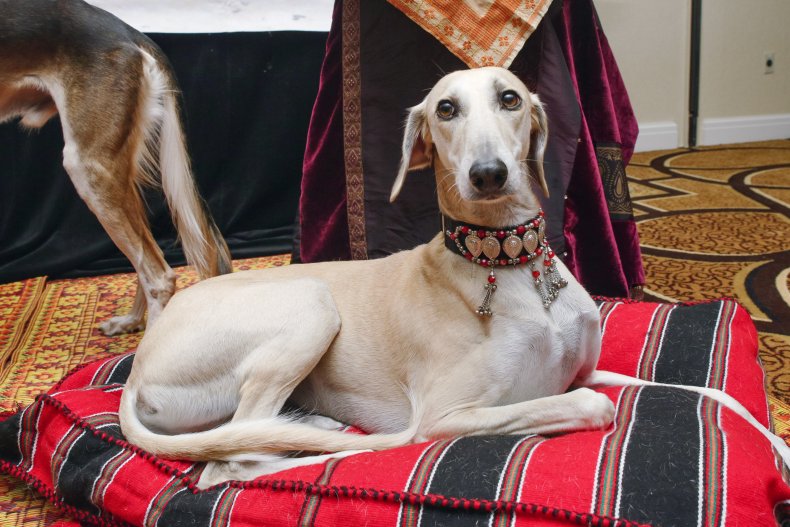 Another giant breed, Irish Wolfhounds are calm and gentle but require early socialization and training. Puppy training courses with positive training methods can be very helpful. According to Cohen, they obey at least 50 percent of the time.

Affectionately called Curlies, these dogs are affectionate but more independent than Labradors or Golden Retrievers. They can be playful and mischievous with their owners, but be suspicious of strangers. Curly-coated retrievers are also full of energy. 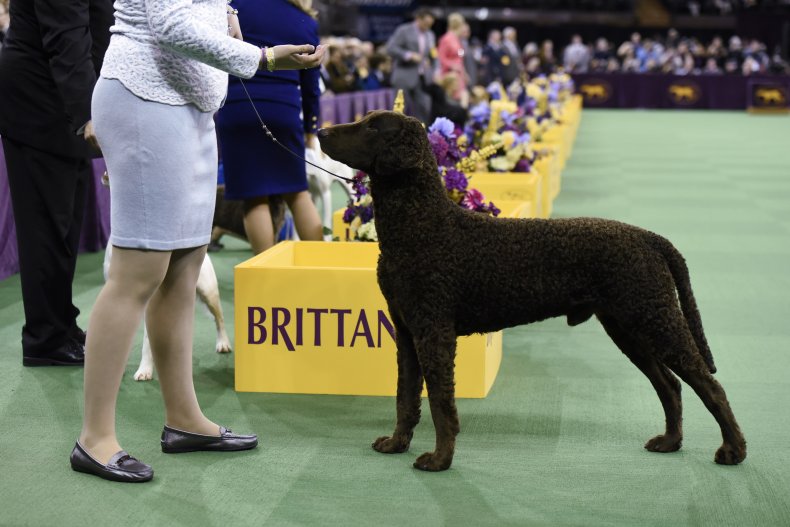 A curly-haired retriever competing at the Westminster Kennel Club dog show. All dogs can be trained with time and patience
Getty Images

Kuvasz dogs were bred to guard livestock and make good watch dogs. However, training these dogs can take time and patience, and they will respond to gentler approaches rather than harsh training techniques.

Among the largest breeds of dogs, the Deerhound was bred to track the wild red deer in Scotland. They are sensitive dogs who like to spend time with their owners, as long as they’re properly trained.

Dalmatians were originally bred to guard horses and carriages and have plenty of energy for active owners. Like all dogs, they should be socialized at a young age to ensure they are happy with dogs and other people other than their owners. 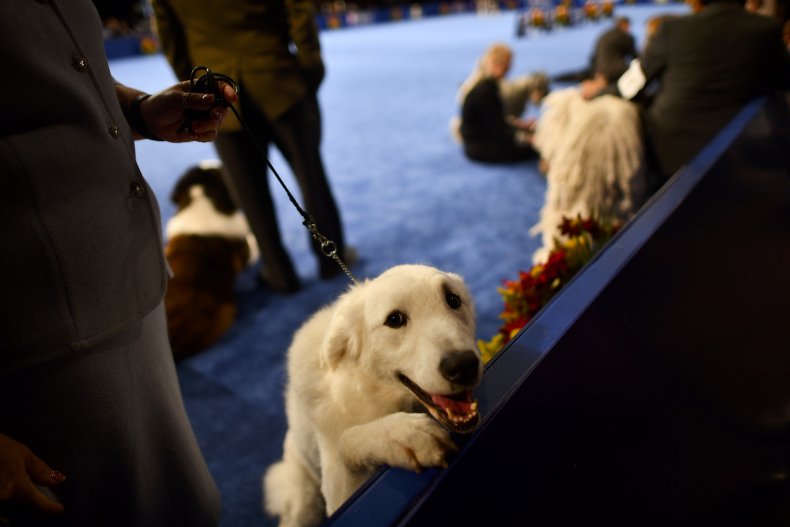