Turkmenistan marked a new holiday on Sunday dedicated to its national – and very large – Alabai dog breed, to which its longtime leader has already erected a gilded memorial and written an ode.

The new holiday took place on the same day that the Akhal-Teke breed of horses, which Turkmenistan also considers part of its national heritage, was celebrated.

Alabai Day included a competition to find the best of the large sheepdogs. President Kurbanguly Berdymukhamedov, who has ruled the remote desert country with six million inhabitants since 2007, awarded a border guard dog the main prize for courage. He has also written a 272-page book on the breed, one of more than 50 titles authored by the President.

In 2017, he gave an Alabai puppy to Russian President Vladimir Putin.

The President’s son, Deputy Prime Minister Serdar Berdymukhamedov, presented the award, which included a medal for the dog and a car for his handler. 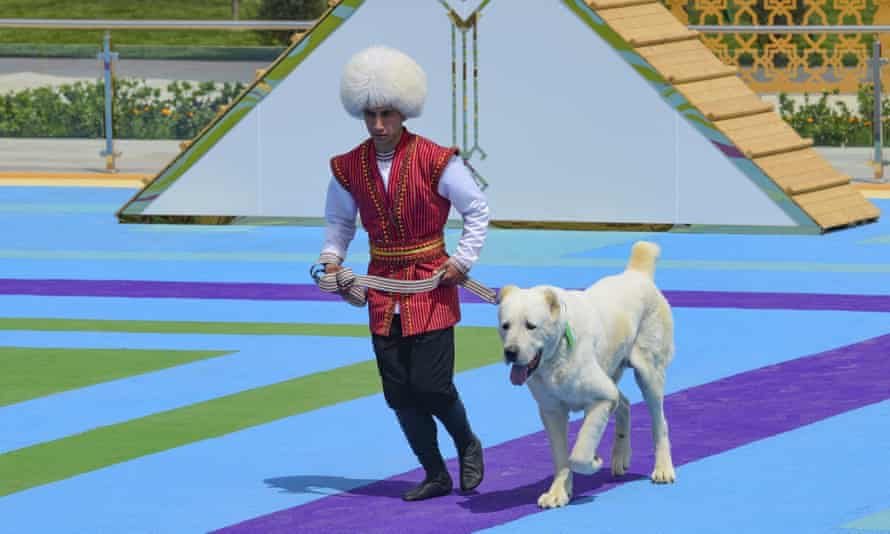 A man dressed in national costume runs with his Border Guard Sheepdog Alabai during the celebration of Dog Day in Ashgabat, Turkmenistan, on Sunday, April 25. Photo: AP

Dogs and horses are sources of national pride in the former Soviet republic on the border with Afghanistan, where they are widely used by many traditional shepherds.

Last year, the government erected a six-meter-high gilded Alabai statue on a busy roundabout in the capital, Ashgabat. At another crossroads there is a gold-coated statue of President Berdymukhamedov himself, who is sitting on a horse.

SPCA looking for puppies dumped outside store, then taken by children in Auckland | 1 NEWS